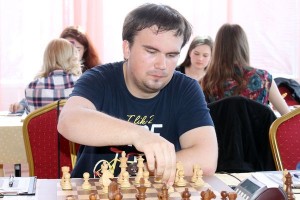 Ivan Bukavshin’s passing away at age of only 20 has deeply shaken the chess world. Hundreds of condolences messages flooded social networks, with fellow friends and chess fans unable to believe that the young boy is gone.

Bukavshin was very active on the chess board in his last days and nothing predicted the tragedy. He won the Russian Cup that finished December 12th and later on participated in the Nutcracker tournament in Moscow until December 26th.

Here are some of the reactions. We will be updating this article, send us your reactions or other players reactions to the contact form to be added here in this article

The chess community shocked as Ivan Bukavshin leaves this world

Kirsan Ilyumzhinov: It is sad to realize that death breaks the talent at the takeoff… Condolences to the family and friends of Russian grandmaster Ivan Bukavshin

GM Sergey Karjakin: Condolences to the family and friends of Ivan Bukavshin. Young and talented grandmaster, this is a great loss for the Russian chess!

GM Alexandr Moiseenko: My condolences to the family of Vanya Bukavshin. This was player of great talent

GM Alexander Ipatov: GM Ivan Bukavshin has passed away today, what a big loss for the chess community… My sincere condolences to his family and friends

Kiryllos Zangalis : RIP. We just chatted with him in the tournament “Nutcracker.” Vanya had a lot of plans. He has just started his career. He died at the training camp, we can say at the board. The preliminary cause – stroke. Here as so, last May 3 he just had his 20th birthday. We grieve …

GM Eric Hansen: too soon :( had a lot of fun battles with Ivan online. RIP

GM Robin Van Kampen: Very sad news… He was always one of the strongest players in my age group. Rest in peace.

IM Lawrence Trent: Shocked to hear about the passing of Ivan Bukavshin who was only 20. I never met him but know he was a very well liked and talented GM. RIP

GM Sunne Berg Hansen: Another tragedy: Russian Grandmaster Ivan Bukavshin passes away at age 20. Didn’t know him but still feel sad. He had a hypnotizing stare at the board and a very attractive and aggressive chess style. He was on his way up and I had allready mentally put him in the +2700 club. Makes no sense at all.

GM Axel Bachmann: Shocked to see the news of one of the greatest talents, he died at 20 years of stroke. Sad day for chess.

GM Daniel Gormally: Sad news to hear Russian Grandmaster Bukavshin died suddenly of a stroke- shows yet again that health is the most important thing.

IM Martha Fierro: Sad news, our condolences to the family, friends, and all chess players

IM Nazi Paikidze-Barnes: I remember the 1st round of my first tournament in Moscow back in 2007 – draw against Ivan Bukavshin. We’ve been friends since. RIP buddy

Emil Sutovsky: I cannot believe it. Just does not fit in the head. One of the strongest young grandmasters in the world, winner of the Cup of Russia, Ivan Bukavshin died on the 21st year of life. I have not talked much to Vanya, and of course, it is better the coach and his friends write, but his seriousness and thoroughness, I remember. He was confidently moving forward, and his thoughtful attitude towards chess was not typical for the younger generation. Alas, chess family today lost one of the best young representatives… Very, very sorry; (