Theodoros Tsorbatzoglou, member of board of European chess union from Greece, came to Moscow for participation in business program of RSSU Cup “Moscow Open”, and answered the questions of Eldar Mukhametov, the tournament website reporter.

Q: Mr. Tsorbatzoglou, can you share your impressions about RSSU Cup “Moscow Open 2012”?

A: For many years Mr. Alexander Kostiev was inviting me to visit Moscow Open. We’ve worked together a lot, especially in the field of school and youth events and he wanted me to visit this tournament and to hear my thoughts. And finally I have managed to come and I am positively surprised… 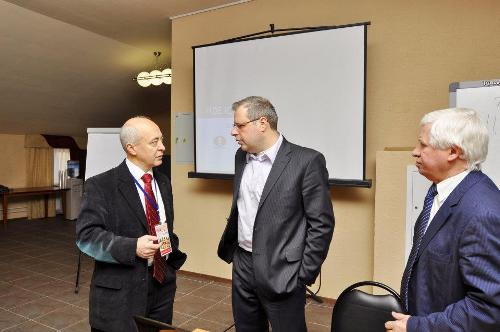 In my opinion this tournament may be the biggest open tournament in Europe, but for the moment, there is almost no promotion outside of Russia.

The job of the staff is fantastic, everything has been done to make more than 1500 participants feel comfortable. Also I would like to mention that the opening ceremony was like a fairy tale. Rarely in FIDE or European events you can see such ceremonies. 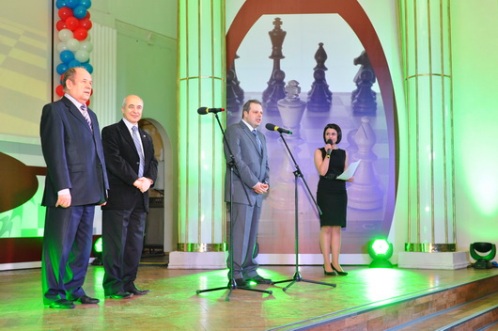 I believe that if there will be better promotion, additional 500 participants would come from Europe, India and some other countries to play this tournament. Moscow Open provides great opportunities for everybody. I think that Mr. Kostiev and Mr. Zhukov should start looking for more playing rooms and additional hotels for participants.

Also people should be informed about some cultural activities: theaters, museums, exhibitions and so on. Moscow combines all those great possibilities, even in this period of the year when it is so cold. I am Greek and I come here from the south and even for me such weather is not a problem. What I want to do I can do. This tournament is a unique experience.

Q: Are you professional chess player?

A: I’ve started as a chess player and became FIDE master. I even played for Greek junior national team and played in the 1988 Chess Olympiad with Greek B team in Thessaloniki, from where I come from.

I worked and was active in many chess fields: as professional chess player, as trainer, as tournament organizer and now I dealing mostly with administration. I am engineer but also professional organizer not only for chess tournaments; actually I own a company which organizes and markets congresses and various events. For example, on April, I organize for the eighth year in a row a big event called Games Festival, which includes not only chess competitions but also bridge and other activities like darts and scrabble. 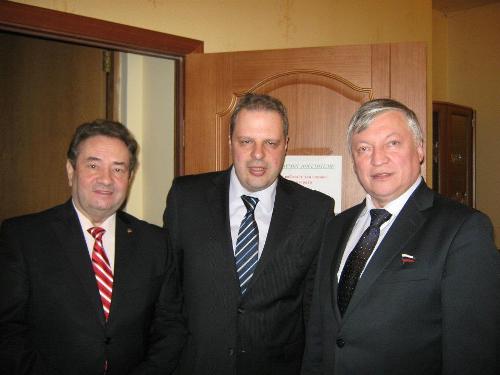 Q: You were here also to hold seminar for chess organizers, can you tell us about it?

A: The seminar was very successful. Twelve persons participated and it was well organized. Actually when I came here I was little worried because now I am learning Russian, but I had a professional interpreter during the seminar. The people were very interested in the topics and provided a lot of interesting questions. After this seminar they will be able to apply soon for the title of “International Organizer”.

FIDE Events Commission was reconstructed in the last FIDE congress in Krakow and received certain authorities with more actions and tasks. One of them is to educate and register international chess organizers. There is the title International Organizer that is given by FIDE and until now it was possible to obtain it just with the proof that someone organized some tournaments. Now it won’t be enough and the interested organizer should follow at least one seminar. 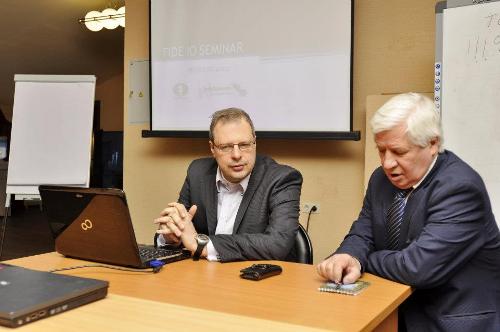 In Moscow we had the first seminar and it was a test event. Soon we will have a final model and plan of such seminars. FIDE already established the area of education for arbiters and trainers and now is going to provide the area for international organizers. Chairman of our Committee, Ignatius Leong co-ordinates these efforts.

Q: Did you enjoy the trip to the Russian capital?

A: I feel very nice in Russia. You know that Greeks and Russians have a common history and sincere friendship for 1000 years. I had very interesting time in Moscow. I was here twenty years ago, that was an unbalanced period, and now I can see an attractive, modern, stable and secure city. And today, thanks to the work of the Russian Chess Federation, Moscow Chess Federation and Russian State Social University the chess in Moscow started to revive. I can even say that Moscow is the Mecca of chess. 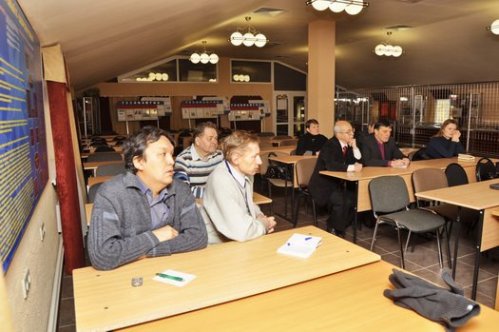 Participants in the FIDE IO Seminar in Moscow