Sunday was the first rest day of Thessaloniki Grand Prix. Some of the players used the opportunity to hop on the open desk bus and go on sightseeing tour. 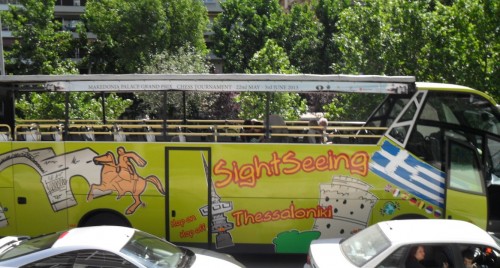 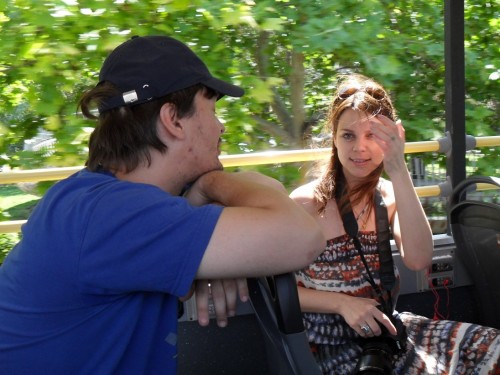 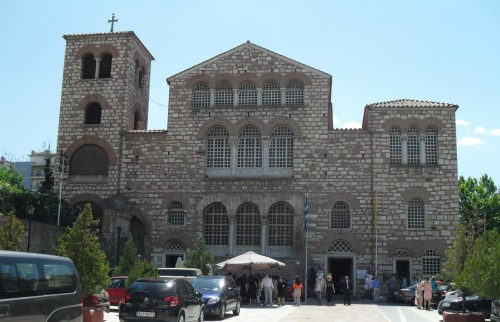 After passing by the Archeological Museum, the first stop is the Church of Agios Dimitrios 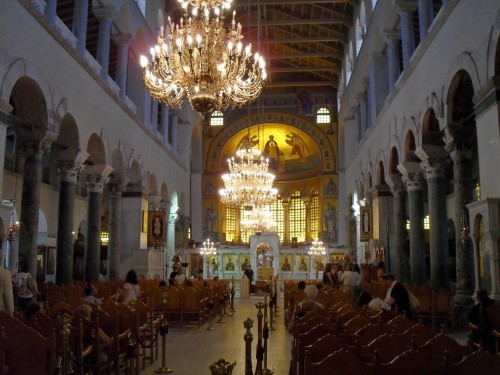 The first church on the spot was constructed in the early 4th century AD, replacing a Roman bath. Underneath the Church of St Demetrios is the place where St Demetrios, Thessaloniki’s patron saint, was martyred in 303 AD. 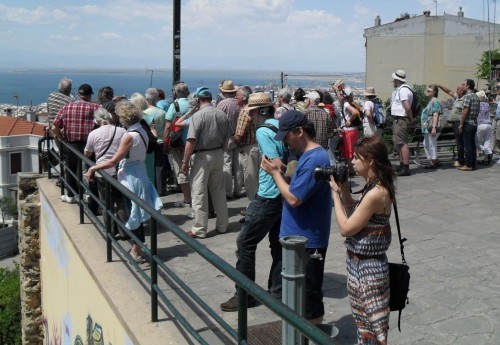 Group of tourists at the Byzantine Castles, among them familiar faces 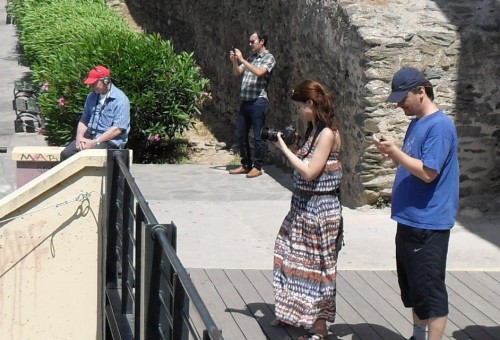 Leinier, Anastasya and Alex getting ready to take photos 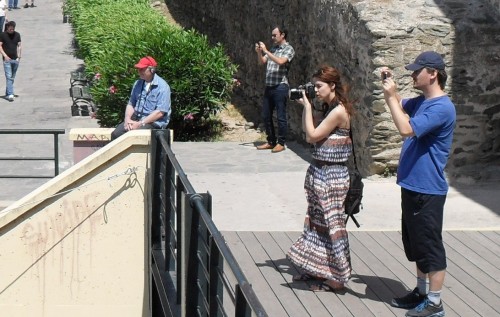 Time to press the button 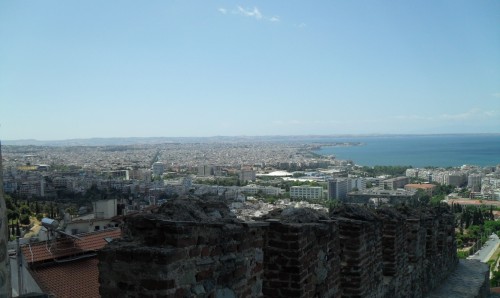 Byzantine Castles are at the highest point of Thessaloniki, with the breathtaking view on the city 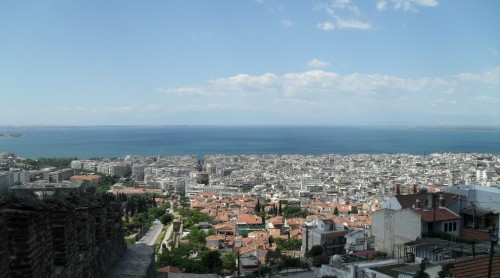 View on the city center 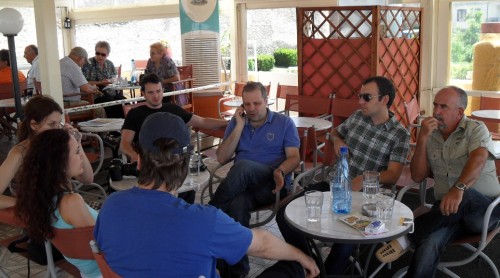 Coffee break at the cafe next to Byzantine Castles 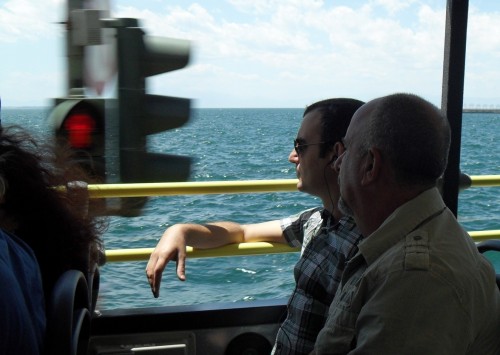 Back on the bus, Leinier Dominguez and his father 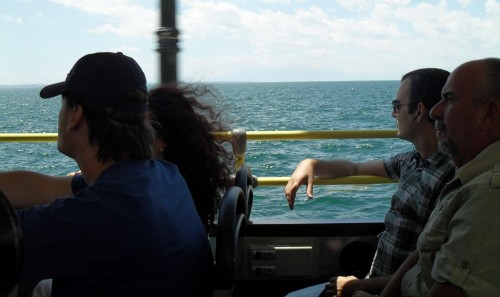 Driving on the waterfront Nikis Avenue on the Old Beach (Palia Paralia), from the main port to the famous White Tower 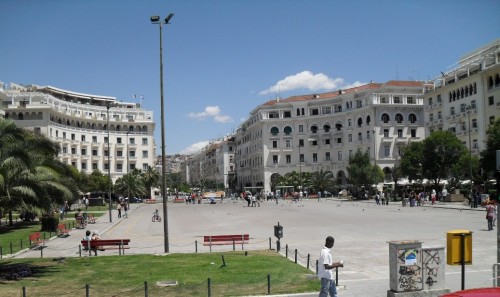 Aristotelous Square is the main city square of Thessaloniki 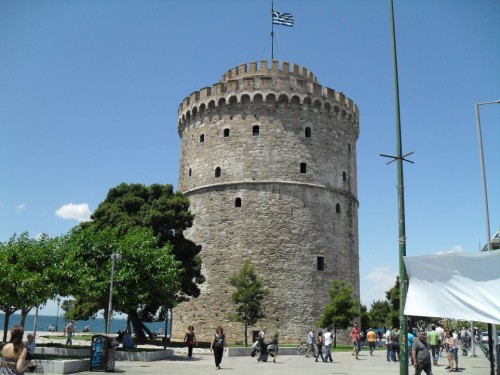 White Tower of Thessaloniki is a monument and museum on the waterfront, symbol of the city 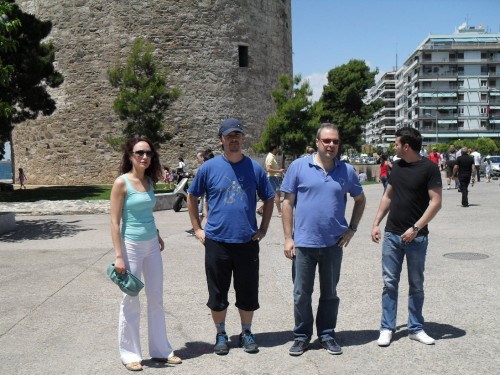 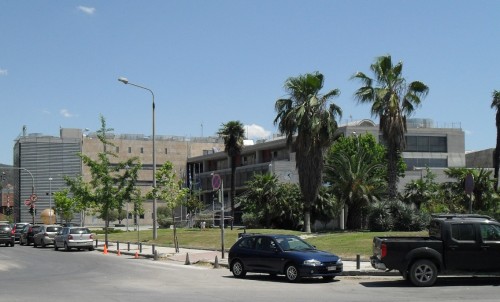 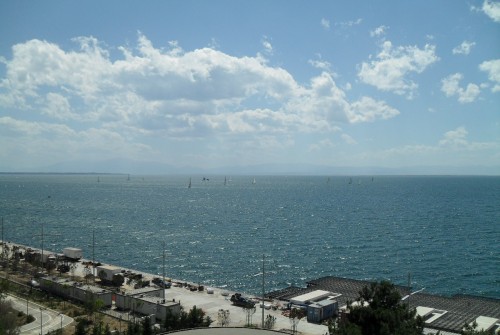 Sunday is good day to go sailing. The Sailing Club is near the hotel, on the new Beach (Nea Paralia). 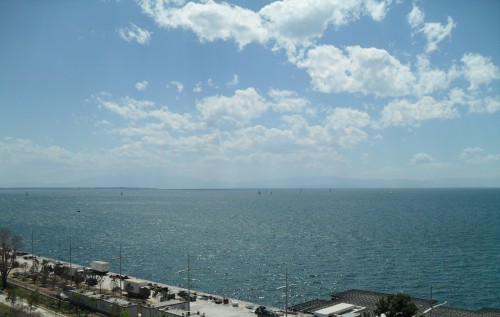 Olympus mountain is on the other side of the bay, from here seen as a shade on the horizon 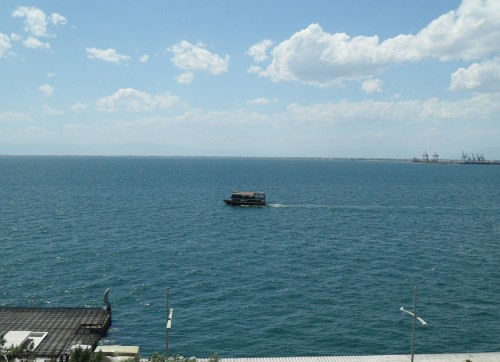