Armenian grandmaster Tigran Petrosian showed an astounding level to finish clear first at the Grand Europe Open 2013 which took place on 1-9 June at the Albena Hall in the city of Albena, Bulgaria.

Petrosian had an undefeated performance with seven wins and two draws to leave his closest followers a whole point behind. He arrived to the last round as sole leader, but with no less than four players at a half point distance. However, he defeated Romanian GM Vajda Levente with black to clear all doubts and take the winner’s trophy.

Four players tied on 7/9 points. Another Romanian, Mircea-Emilian Parligras was declared second on tiebreaks, while Armenian Hrant Melkumyan was given the bronze medal.

Thirty different nationalities were represented in the event. 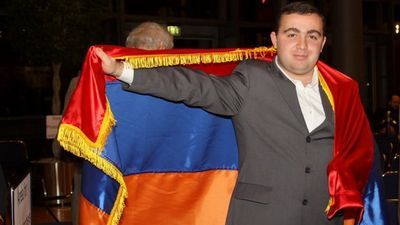