Evgeny Tomashevsky defeated his compatriot and top seed Alexander Grischuk in the third round of the FIDE Grand Prix in Tbilisi to emerge sole leader with 2,5 points.

Press conferences will be available in the video gallery. 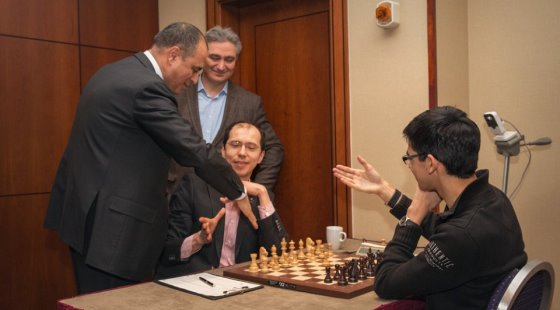 Kasimdzhanov joked that he spent more time preparing than actually playing the game. He attempted to follow white’s play from Anand-Svidler, Moscow 2009, but Giri deviated and forced the exchange of the queens.

White rushed to complete the development, but black forced his hand with 13…Nb4. White refused to return the pawn and the game finished in a draw after repetition. 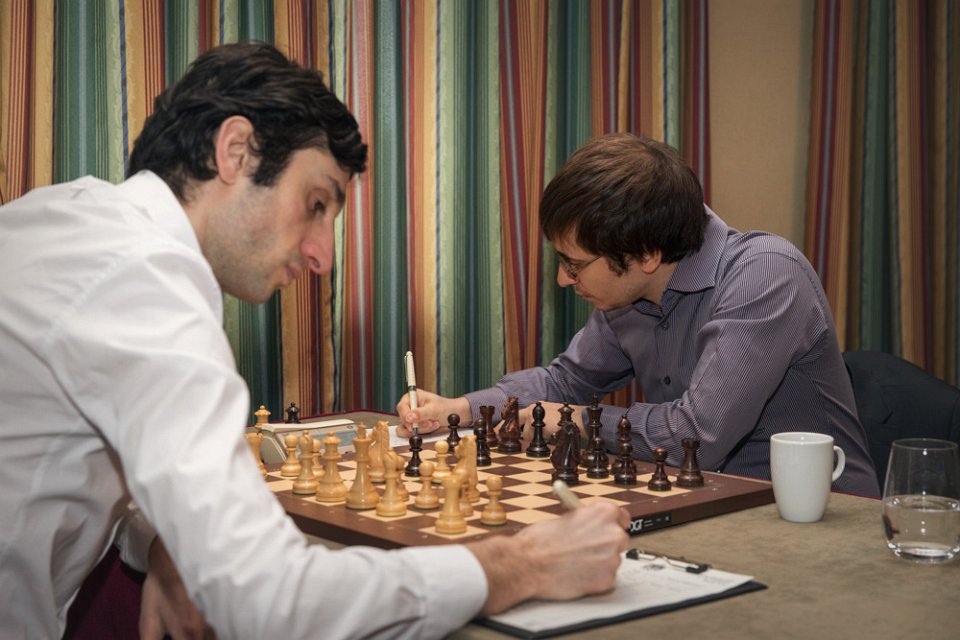 Jobava repeated the radical idea of pushing 11.h4, as he already did in 2008 against Ivanchuk. Jakovenko was not aware of this older game and proceeded with normal development.

White had to find the way to justify his aggressive approach. Jakovenko proposed 15.f4 Rd8 16.Kh1 Qb4 17.Rc1 as one of the possible lines.

It took only several precise moves from black to finish off his opponent. 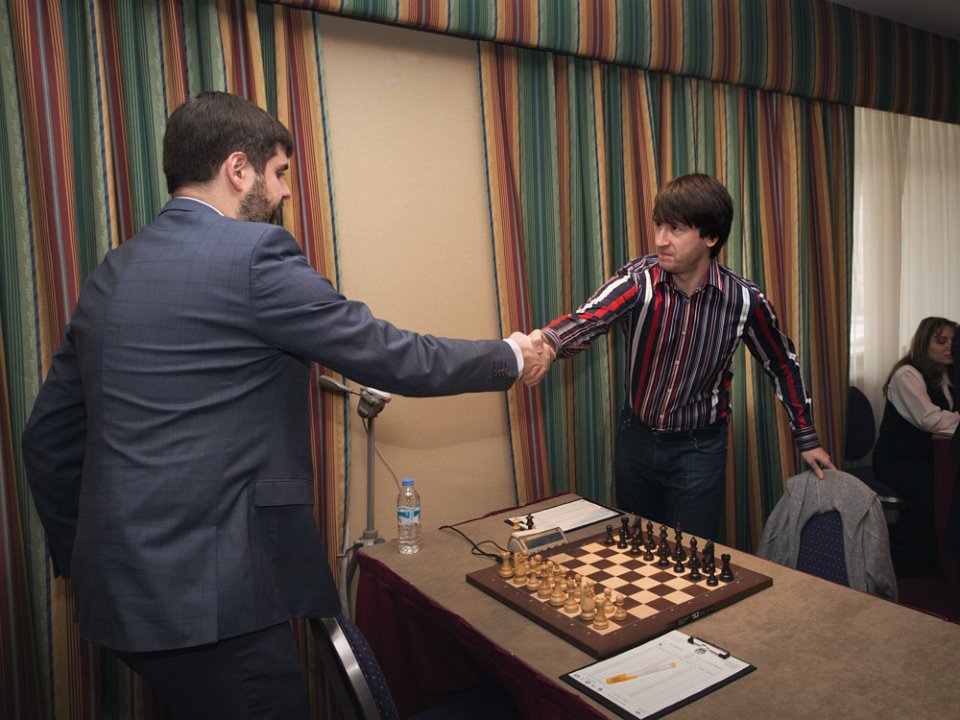 Svidler decided to try a different setup against Ragozin Queen’s Gambit after the loss in the first round. He expected 11…Bd7 as seen in the recent game Ivanchuk-Carlsen, but Radjabov had a different idea in mind.

Svidler considered 12.Qb3 but black appears to be very flexible after …Bc5. Radjabov agreed that it is not easy to break black’s structure. Svidler also considered 14…Nd7 15.Nb5 a5 as good for black.

The position looked harmless but black still had to be careful. 17…Ra7 18.Qb2 Rfa8 was good moment for 19.b5 and there are problems with pieces coordination. 19…Na7 was very strong, however, and white was never on time to exert pressure on black’s position. “I always missed this one tempo” – Svidler said.

The game was drawn on move 30. 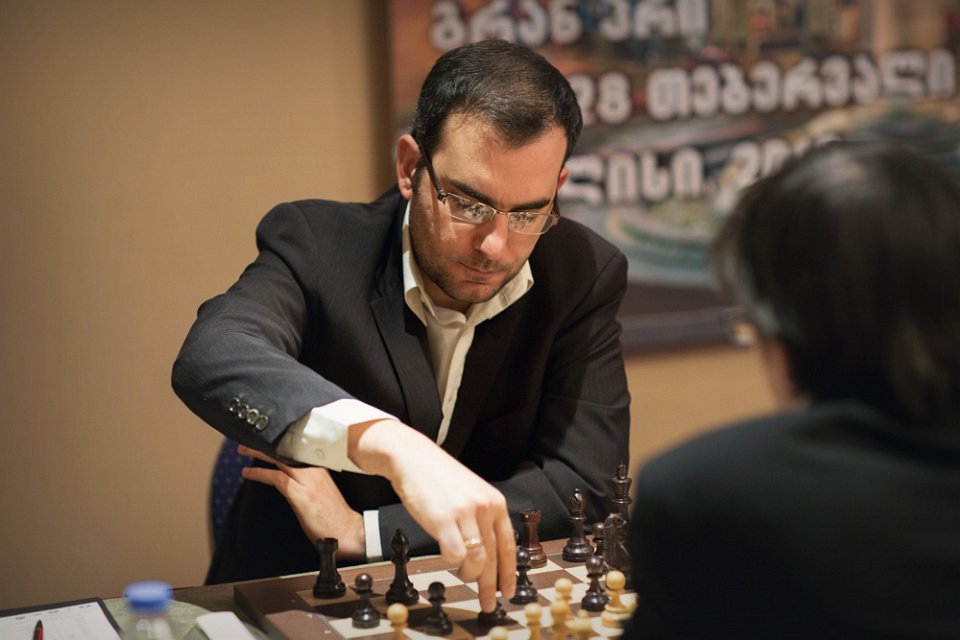 This match saw Breyer Ruy Lopez, which became very popular in the recent years and is regular choice of the world champion Magnus Carlsen.

Black’s position looked a bit shaky in the middlegame, but somehow he was holding in all lines. 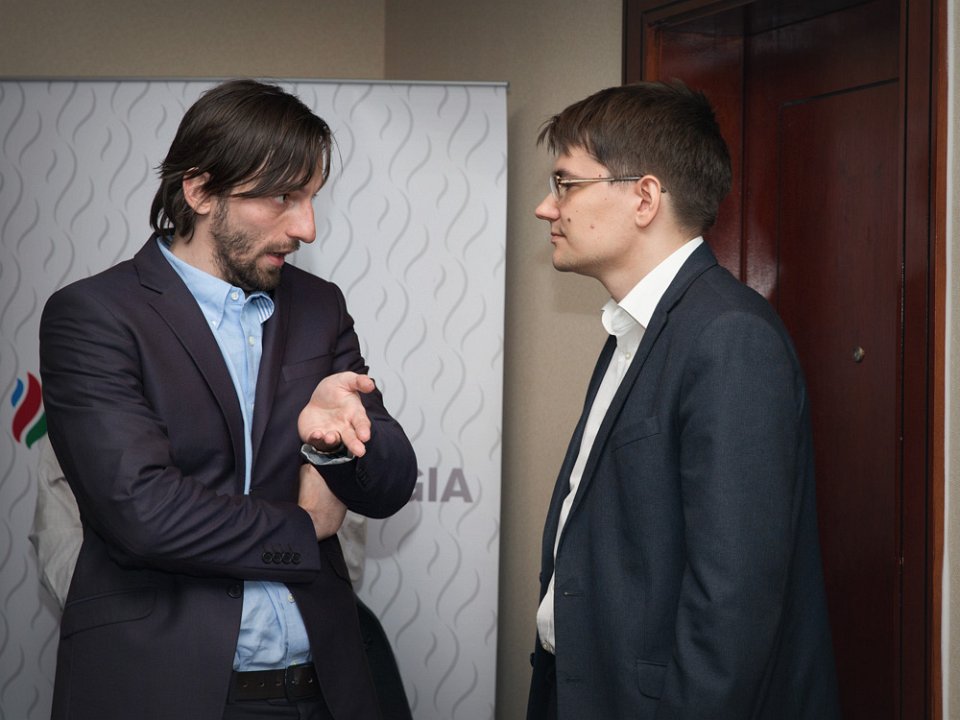 Another mind-boggling game with Grischuk as co-star. He played a novel idea (10…c6) in the King’s Indian defence, but then spent around one hour on the next couple of moves.

Accepting the pawn 11.dxc6 Ndc5 was too dangerous, so Tomashevsky decided to follow the regular plans. At one point he changed his mind and retreated the queen back to square one (15.Qd1), but this was not an offer to repeat the moves, rather he was “preventing a5-a4 and checking what black was actually doing”.

Tomashevsky sacrificed an exchange and gradually pushed black pieces into corner. The position was difficult to evaluate, but certainly much more easier to play with white.

Grischuk never managed to bring his forces back into game, and coupled with a terrible zeitnot, his game simply collapsed. Later he checked the engines and saw that 28…Qe7 29.Nb6 Nc7 was better, leading to a “totally crazy position”. 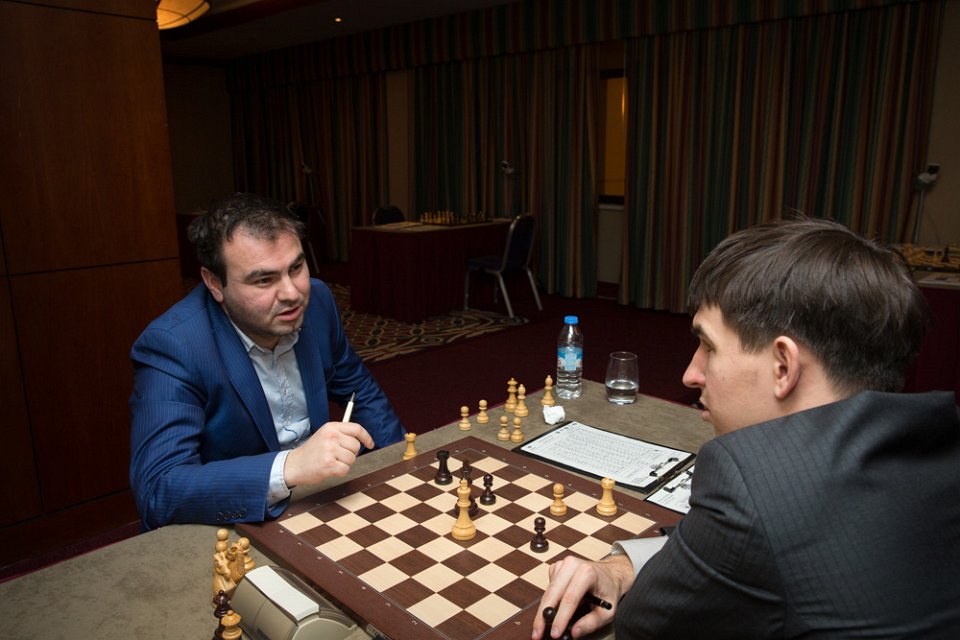 The game started quietly, as Exchange variation of the Slav defence. Black had the option to immediately push 9…c5, but he delayed it for one move.

The subtle difference, which Andreikin admitted missing, was that 12…0-0 is possible because 13.Nxd5 fails to 13…Ne4! and the queen is attacked. He expected only 12…Bd6 which runs into the crushing 13.Bb5+.

Andreikin erred with 25.Qe3, which allowed black to snatch the b2-pawn when the intended 26.Ng6+ and 27.Qxg5 was also dropping the e5-pawn.

Black proceeded to efficiently convert the advantage in the rook ending.