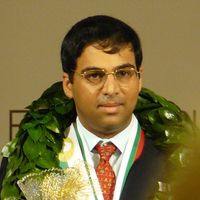 Courtesy of Mr.Rakesh Rao and The Hindu newspaper

Viswanathan Anand’s long journey to four world chess titles began with a small step. It started in January 1991 at Chennai and the man who stood between Anand and a place in the quarterfinals was Russian Alexey Dreev.

Anand’s resounding victory in the best-of-eight game match is still remembered for the mature way in which the debutant Indian handled the pressures of a match, that too, while playing at home. Even when the two met again at Moscow, in the 2001 World championship pre-quarterfinals, Anand came out superior.

After Anand stopped Bulgarian challenger Veselin Topalov to retain the title on Monday, Dreev was least surprised at the verdict. At Ghaziabad, as the top seed of the on-going Commonwealth championship, Dreev said, “I always expected Anand to win because he is a tricky player. Anand has the match experience and the way he beat Vladimir Kramnik in the last world title match (in 2008), he was my obvious favourite. When we played in 1991, I knew he was very talented and destined to go far. Since then, Anand has become a very strong player. Even from our junior days, I’ve admired his understanding of the game.”

World No. 2 women’s chess player Koneru Humpy said that Viswanathan Anand’s magnificent World championship title win should only spur even many of those established players who waver whether to continue or not playing chess.

“This yet another incredible performance by Anand and could well remove any doubts they had in their minds. At the same time, I sincerely believe that many kids would take up to chess,” the former World junior champion said.

“The best part of Anand’s victory is that he came back strongly off a rusty start which was understandable because of the stress factor for travelling to the venue under strange circumstances. And, the unexpected lines he chose to catch even a player of the calibre of Topalov was something of a revelation,” said Humpy who, however, said that she always thought Anand would win the championship. 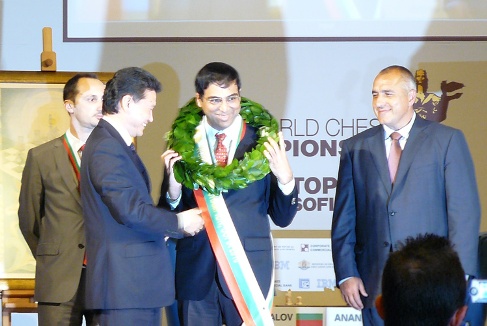 Among the new generation GMs, Parimarjan Negi felt, “Topalov’s strategy of tiring out Anand did not work. At some stage, Topalov did overestimate his chances. It was a tense battle and that reflected in the number of mistakes seen in the 12 games. It was very thrilling and Anand kept his cool in the crunch situation.”

Abhijeet Gupta, one of the performing Indian youngsters in recent years, said, “Anand not only showed better nerves but also made fewer mistakes. It was particularly heartening to see Anand fighting back after losing the opener and again in several games where Topalov seemed to hold the upper hand.”

Abhijit Kunte made an interesting point when he said, “Anand unleashed the ‘novelties’ early in the match and that unsettled Topalov in the first half. With this, perhaps, Anand has shown a new way to prepare, a clear departure from what the players did in the past.”