Veselin Topalov will have White pieces in the first game

The opening ceremony of the 2010 FIDE World Chess Championship match is starting at 17:00 CET. FIDE President Kirsan Ilyumzhinov and his assistant Berik Balgabaev have arrived 15 minutes earlier. There are more than 20 TV cameras and about 100 journalists attending.

As we informed earlier today, the first game will be postponed for one day. The updated playing schedule is posted here. 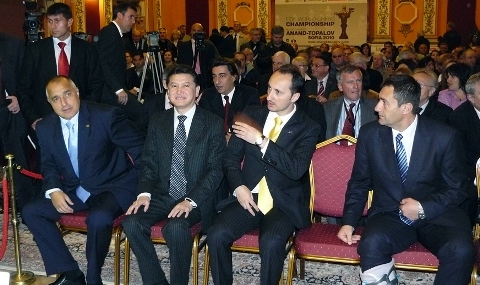 The opening ceremony starts with a minute of silence in the memory of the former IOC President Juan Antonio Samaranch.

Boiko Borisov, Prime Minister of the Republic of Bulgaria and Chairman of the Organizing Committee, is currently giving a speech. 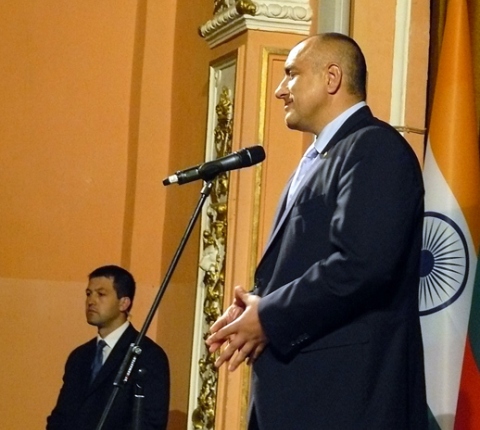 His excellency Ambassador of India is giving a speech. He wished luck to both players and said “Let the better player wins!” A promotional video of India is starting.

The movie about Anand and his career is currently being screened.

Now the movie about Veselin Topalov and his career is on the screen. 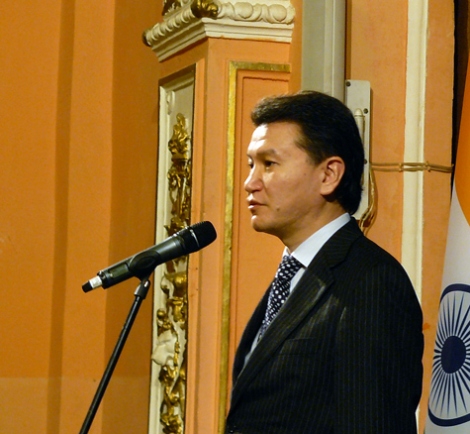 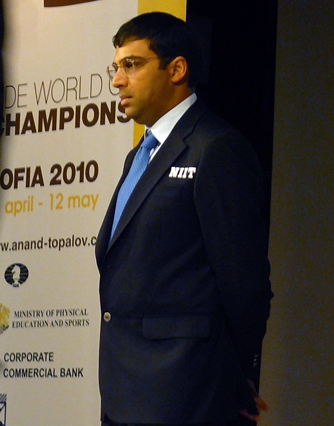 Veselin Topalov will play with White pieces in the first game.

With this the opening ceremony is concluded. Thank you for following. Many more photos in the gallery. 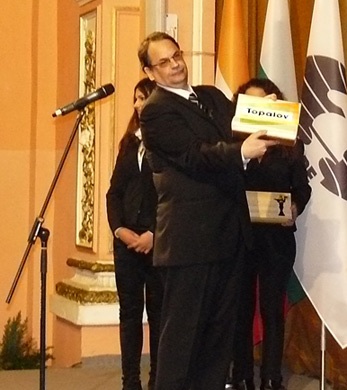 The Chief Arbiter Mr. Nikolopoulos during the drawing of lots