The city of Zug in Switzerland has received the third leg of the Grand Prix series, and two rounds are already behind us. Three games had decisive results in today’s match-ups. The highlight of the day was Ponomariov beating first round co-leader Fabiano Caruana.

Two of the most fighting players among the elite faced each other today. Ruslan Ponomariov defeated Fabiano Caruana with the white pieces after a long struggle. The Spanish torture – as some people call the Ruy Lopez variation – was seen in this game. There did not seem to be important turning points in the opening as both fighters were very well prepared in the topical lines of the variation chosen.

The only advantage that Ponomariov had in a balanced material endgame was the fact that he had a bishop against knight in an open position. The computer points out Caruana’s first clear mistake as late as move 57, when he decided to give up a pawn in order to activate his rook. The Ukrainian handled his small advantage masterfully and won the game after 77 moves. With this victory, he is now among the leaders with a +1 score. 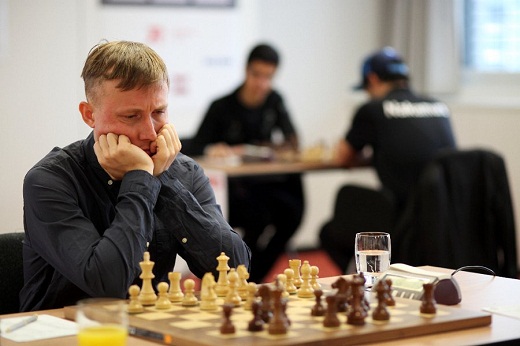 The duel between two strong and experienced Grandmasters, Veselin Topalov and Peter Leko, finished with a victory for the Bulgarian. The game saw Leko, playing black, going for the initiative on the queenside from the early middlegame. Topalov, in response, tried to break through in the center while paralyzing the Hungarian’s threats.

Everything seemed more or less balanced in the arising endgame, but Leko took the wrong decision on move 40. Attempting to get a drawn simplified position, he offered a queen exchange that allowed Topalov to use his passed d-pawn in decisive fashion. Black had to give up his knight for the pawn and the ex-world champion converted the technical part without any trouble. Topalov is now also in the share lead with +1. 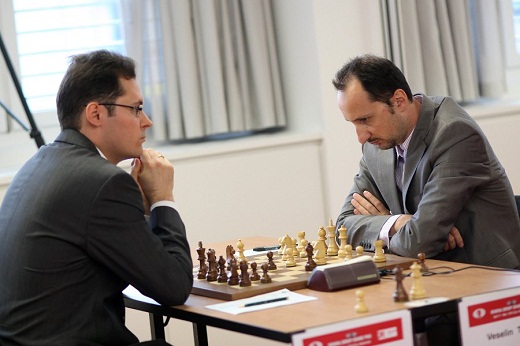 The other decisive game of the round was the victory of Rustam Kasidmzhanov over Gata Kamsky. The American chose the French Defense to look for chances against the lowest rated player in the field, but Kasidmzhanov demonstrated that he is ready to fight in this event.

The Uzbek obtained all the positional trumps in the position, and Kamsky could not defend effectively as he usually does. An inaccurate set of exchanges by Gata was seen before the first time control, which left him with a strategic disadvantage for the whole game. Kasimdzhanov forced the exchange of queens on move 48 and Kamsky resigned as he saw there was no hope in saving the rook endgame two pawns down. 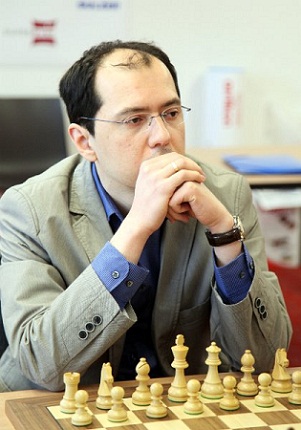 Hikaru Nakamura played another long draw today against Anish Giri. After singing a draw in 107 moves in a better position against Sergey Karjakin yesterday, Nakamura had to accept another half point in a position where he had the initiative. It is worth mentioning the fact that Giri defended precisely with black and was never in real danger of losing.

The two shorter draws of the day were seen in the games Teimour Radjabov – Sergey Karjakin and Alexander Morozevich – Shakhriyar Mamedyarov. Morozevich is still in the shared lead with this result.