Not even the financial crisis has been enough to kill the Ciudad de Leon, one of the very few top tournaments that have been held for 25 consecutive years. Veselin Topalov and Paco Vallejo will play six rapid games at the Auditorium on 8-10th June.

“Let’s be clear: Topalov and Vallejo have accepted to come to our silver wedding for much less than their usual fee. And we appreciate that very much”, said Marcelino Sion, the tournament director, during the presentation at the Marca newspaper office, in Madrid.

“I hope the tournament will keep alive for many years to come, despite of the crisis”, he added. 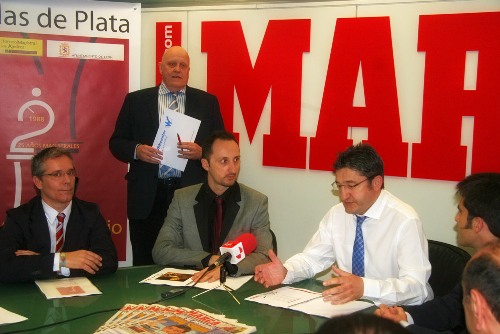 However, his fear is not justified, according to the sponsors. Jose Maria Lopez Benito, Sports town councilor, was very clear too: “The town council is the main sponsor because the chess tournament is one of our best windows to market the city all over the world. Many thousands of chess amateurs are following the games through the Internet every year”.

A few minutes earlier, Oscar Barredo, from Alsa (buses leading company in Spain), said: “Every year, if we do not receive a call from the chess tournament organizers by January 8th, we call them because we want to keep sponsoring such a prestigious event”.

Both players were asked about their professional relationship (Topalov hired Vallejo as a second in 2006 for a couple of years). Will the mutual understanding influence in the outcome of the match? 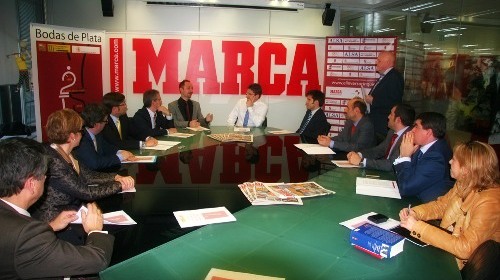 Topalov said: “Paco is especially dangerous in rapid games, while I am just the opposite. Moreover, my last results are bad. But I hope Leon will be the beginning of my recovery”.

Vallejo, who could not fly to Madrid from Palma de Mallorca due to weather conditions, answered by email: “My work for Veselin was very hard, but very rewarding as well, because I learned a lot. Our games against each other were always thrilling, and I do not see why it will be different in Leon”.

Regarding the European Parliament endorsement of the “Chess in European schools” program, Topalov was very happy: “It is my best birthday present. The main promoter, together with the Kasparov Foundation, is my manager, Silvio Danailov, president of the European Chess Union. Obviously, chess in not only a sport, but a very useful social tool. And I hope the EU will now finance the program”. 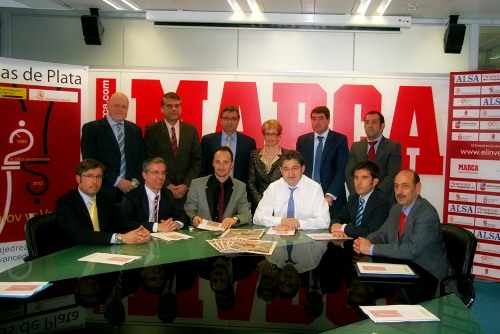 Vallejo was also very satisfied: “That is one of the best news for chess in the last 20 years. Chess is ideal as an optional subject in the curriculum, and it could also be interesting to make it compulsory”.

The fidelity of the sponsors, both public and private, makes possible to keep the parallel activities: chess films, lectures, arbiters seminar, a tournament for young talents and simuls.

For the last 25 years, the Magistral Ciudad de Leon has been much more than a top tournament. As the famous hindu proverb said: “Chess is a sea in which a gnat may drink and an elephant may bathe”.