Veselin Topalov is very close to overall victory at the Zug Grand Prix. The Bulgarian is a whole point ahead of Hikaru Nakamura with one round to go after beating Fabiano Caruana in today’s round. Topalov is now on fourth place of the live rating lists of classical chess.

The stellar game of the day was the battle between the leader Veselin Topalov and the only player that was half a point behind him until last round, Fabiano Caruana. The Italian played with the white pieces and had a chance to take the lead with just one round left. However, the tables turned against him, as Topalov played at a very high level and eventually managed to get the full point.

Topalov used the Sicilian Defense and Caruana did not shy away from going into a sharp continuation. The young star tried to build a direct attack on the kingside, but it was well fenced by Topalov. When the time control approached, the Bulgarian already had a pleasant edge. He started to exchange pieces in order to go for a superior endgame a pawn up. Caruana resigned on move 49. 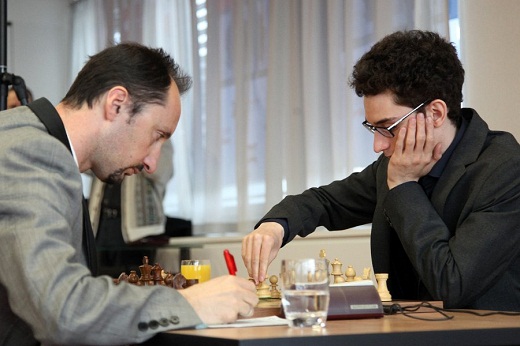 Hikaru Nakamura won his third game of the tournament and is now in sole second place. He defeated Shakhriyar Mamedyarov with the black pieces. The American is recovering from an early loss against Veselin Topalov and with this result, he gets close to getting a good performance to add some points in the Grand Prix series.

The game saw the Azerbaijani falling quickly after an opening inaccuracy. Nakamura played actively and took control of the center in less than 20 moves. When Mamedyarov resigned after an exchange sacrifice by the American, white’s position is very unpleasant but there is no clear way to prove black’s advantage. This was clearly seen in the press conference after the game. 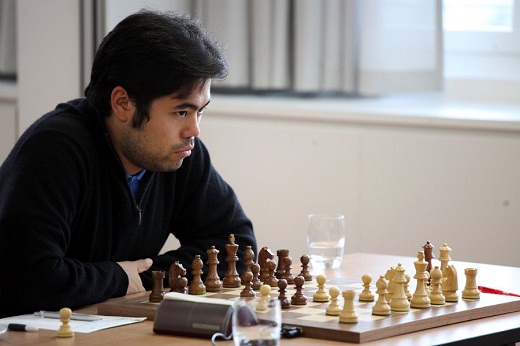 Alexander Morozevich bounced back after losing three games in a row. His win against Teimour Radjabov was achieved with the black pieces in a Sicilian. The Azerbaijani had won his first game in yesterday’s round, but after this loss he went back to the shared last place.

In a  theoretical line, the Russian grabbed the initiative in the early middlegame. When they reached the critical point, Radjabov missed a tactical shot by his opponent and ended up in a losing endgame. The players continued for many moves due to the technical difficulties to convert the advantage. Morozevich managed to do it and Radjabov resigned on move 45. 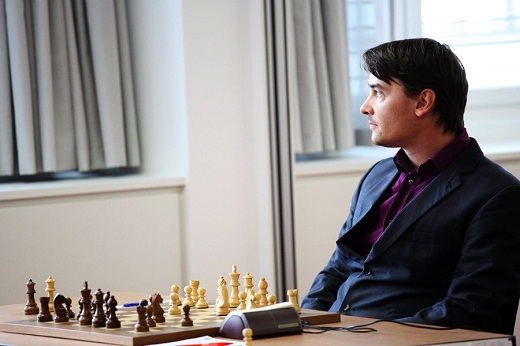 The only player that has as many decisive games as the unstable Morozevich is Gata Kamsky. He defeated Sergey Karjakin with the black pieces in a Slav Defense. Even though black grabbed the lead in the game, the evaluation always seemed to be close to a draw. However, Karjakin messed up on move 41 and allowed Kamsky to build up a decisive attack, 0-1.

Rustam Kasidmzhanov is still in shared last place after drawing with Ruslan Ponomariov. Anish Giri and Peter Leko also split the point in today’s round. 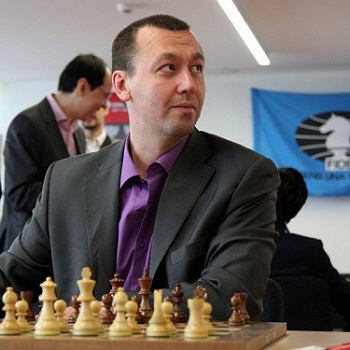 Tomorrow is the last round in Zug. Topalov plays white against Karjakin, while Nakamura also has the white pieces against Caruana.