For the first time in the tournament, there is a sole leader in the standings. Veselin Topalov is now on 5.5/8 after defeating Alexander Morozevich with the black pieces. Two days ago, these two players were sharing the lead, but the Russian has fallen twice in a row and his chances to get first place are very small now.

Alexander Morozevich used the Zukertort variation of the Reti in today’s game. The Russian chose a sharp line where he spoils his pawn structure and needs to keep his king in the center to look for the initiative. Veselin Topalov reacted accurately against all the threats and did not shy away from the complications. When the time trouble was over, the players found themselves in an endgame where black has a slightly better pawn structure and more active pieces.

The ex-world champion handled his positional advantage carefully and never let it slip. His a-pawn queened on move 55 and Morozevich decided it was a good moment to resign. The Russian will need to shape up during the rest day so that he stops losing more ground on the standings. 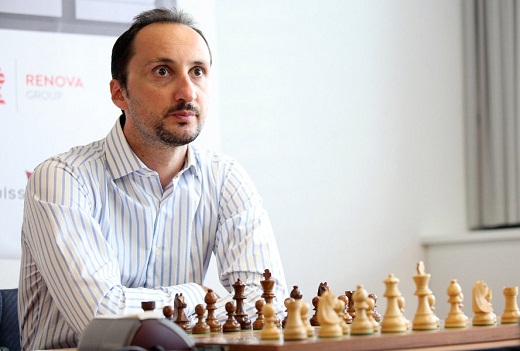 The longest game of the day was the one between Hikaru Nakamura and Ruslan Ponomariov. The American played the Najdorf precisely and gained the initiative in the early middlegame. Ponomariov correctly decided to start defending instead of going for counterplay. Nakamura transformed his initiative into a superior endgame position; his rook and bishop were stronger than the Ukrainian’s rook and knight.

Eventually, Nakamura gained a pawn, but to no avail. The completely drawn king + pawn endgame was played until a stalemate position appeared on the board, a strange situation in top level chess. Ponomariov is in sole second place half a point behind Topalov, while Nakamura remains with an even score sharing 5th-7th place. 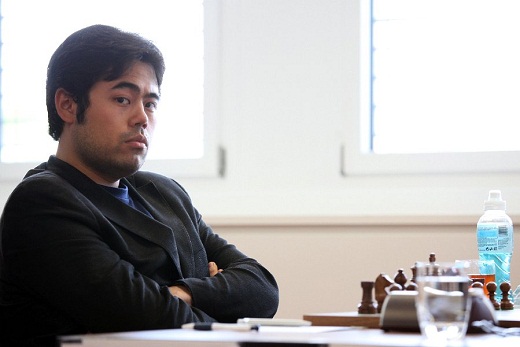 Shakhriyar Mamedyarov had the white pieces against Gata Kamsky. The players battled in a Slav defense where white plays for activity against black’s solid setup. The Azerbaijani eventually gained an important space advantage and the pair of bishops, however, Kamsky closed the position completely and there was no way for his rival to make progress. The draw was agreed on move 42.

Fabiano Caruana played with white against Peter Leko. The young Italian used 1.e4 against his experienced opponent. The game turned into a battle for the center. When it was clear that they would need to make positional sacrifices to make progress, they decided to repeat the position and split the point before risking a 0 on their record. 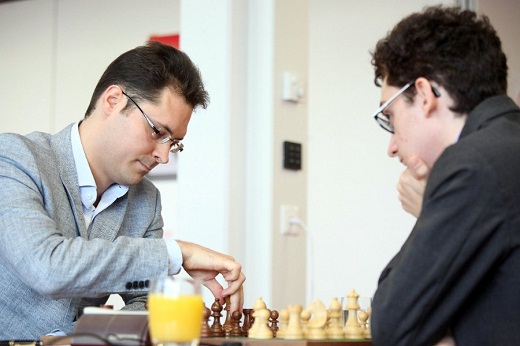 Anish Giri used a sacrifice to force a draw against Sergey Karjakin in a theoretical line of the King’s Indian Defense. Rustam Kasidmzhanov signed the peace treaty with Teimour Radjabov after 32 moves of a Queen’s Gambit Declined.

Tomorrow will be a rest day in Switzerland. Only three rounds are left in the third leg of the Grand Prix series. 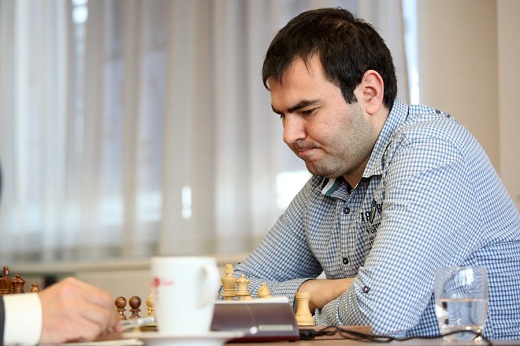