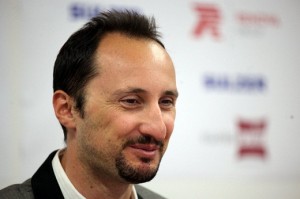 Today’s results at the Beijing Grand Prix already defined the first qualified player to the upcoming Candidates Tournament. Veselin Topalov secured overall first place in the Grand Prix series 2012/13 and will have the chance to fight for the challenger spot at the next World Championship match.

The Bulgarian got his third good result after playing four events of the Grand Prix. He shared first in London, got a clear win in Zug and shared 3rd-4th in Beijing thanks to a final round victory over Alexander Morozevich.

The regulations of the Grand Prix series provide two spots at the Candidates event, so the second coveted prize is still up for grabs. Shakhriyar Mamedyarov is the clear favorite to achieve this feat, but he still has to wait for the final leg, where Alexander Grischuk and Fabiano Caruana still have a mathematical chance of passing him on the standings.

Mamedyarov already played the four allowed tournaments and achieved a score of 390 points. However, both Grischuk and Caruana are set to participate in the final leg.

Standings after 5 legs (including the players with chances to get the Candidates passes):