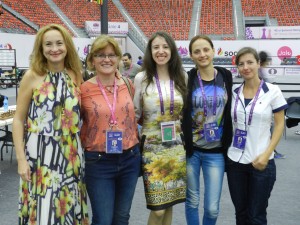 The “Tournament of the Champions” is a 10-player round-robin tournament taking place from 14-21 May 2018 in Pleven, Bulgaria. Players receive 90 minutes for the entire game, plus a 30-second increment starting from move one.

Organizer is Interparliamentary Assembly on Orthodoxy. Hotel “Rostov” Pleven. Under the auspices of the Ombudsman of the Republic of Bulgaria Maya Manolova.
The tournament is dedicated to the 25-th anniversary of the creation of the Interparliamentary Assembly on Orthodoxy and 90-th anniversary of the organized chess movement in Bulgaria through the participation of the most titled Bulgarian female chess players.