President of the Norwegian Chess Federation Jøran Aulin-Johnsen told NRK TV that he hopes Tromsø will be awarded with the organization of the World Championship match between Vishy Anand and Magnus Carlsen.

Aulin-Johnsen also pointed out that other cities might enter the bidding process.

FIDE has India holding the first option for the 2013 match following the resolution to hold the 2012 match between Anand and Gelfand in Moscow instead of Chennai. AICF Honorary Secretary Bharat Singh Chauhan told the Indian press that they are considering the options. 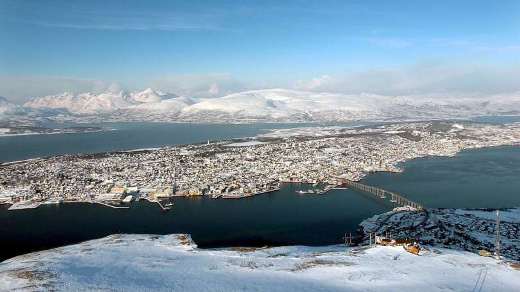 Andrew Paulson of AGON mentioned several possible venues in conversation with VG: “New York is a possibility, but it is also Miami, St. Tropez, Paris, even Tromsø! We have communication with the Indians, so we’ll see what they say. New York would be a good opportunity for the media, for chess promotion and partners.”

Chess Olympiad 2014 CEO Børge Robertsen said that Tromsø is fully capable of hosting the World Championship match: “If we get the opportunity, we have a top streamlined organization that is ready to handle such an event.”

Nettavisen chess expert Leif Erlend Johannessen hopes that sponsors will recognize the opportunity: “It would mean infinitely for a marginal chess nation like us.”