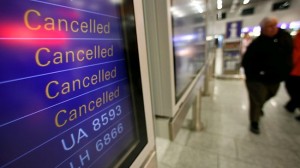 The World Chess Cup 2015 starts in only a few days and the chess world is eager to follow the live broadcast of this wonderful bi-annual event. The 2013 World Cup, which was won by Vladimir Kramnik in an all-Russian final, collected about 1.2 million viewers at the Chessdom website alone. No less are expected in 2015, as this year is lacking Candidates Matches, FIDE World Championship, and the Grand Prix is on a break, leaving the World Cup as one of the most exciting FIDE events of the season.

For some of the players this is their top event of the season, for some it is their top event in their life. But at least two, and possibly many more, of the 128 players are in danger not to participate properly due to force majeure reasons.

A Lufthansa strike in Germany is blocking air traffic all over Europe. Multiple players are stranded at airports, waiting for connections and flights. Confirmed delays so far are Le Quang Liem (VIE) and Ray Robson (USA), as reported by their coach Susan Polgar. The ex World Champion adds, “There’s a chance that with further delay they will miss game 1”

Although some players are already in Baku, an unconfirmed number of participants are still on their way. Tomorrow is the opening ceremony and we will have more information of the number of players present. This article is also going to be updated as soon as new information reaches our editors.

This is not the first time air traffic problems have interfered with top chess events. The most emblematic recent case is the FIDE World Chess Championship 2010 in Sofia, when the eruption of the Icelandic volcano Eyjafjallajökull put in danger Anand’s first round game.

The problems with flight cancellations are deeper than expected. Susan Polgar, who is already in Baku, informs that over 20 players are in the situation of GM Le Quang Liem and GM Robson (list of names later on). Many had to buy new tickets to assure they have a chance to arrive for round 1, but even with this there is no guarantee.

Sam Sevian was one of the lucky players to arrive on time in Baku this afternoon. Even so, he and his mother had to buy new tickets with Turkish Airlines and spend many extra hours at airports.

The organizers of the World Cup in Baku are informed about the players’ arrival problems. They are currently discussing what to do in case of multiple arrival delays and whether this is a force majeure reason to delay a round.

Stay tuned for more updates on the story. 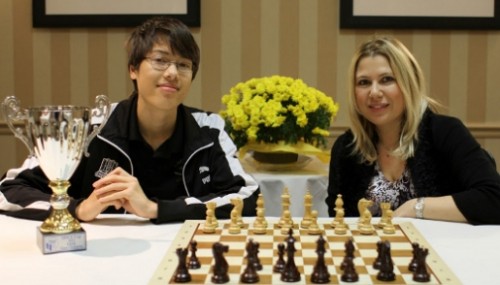