The Tunisian Secretary of State for Sport welcomed African Chess Confederation President Lewis Ncube who is on a working visit to the country on the occasion of the conclusion of the African Junior Championship that took place from November 25 to December 4, 2016 in Hammamet.

The meeting was attended by the Director General for Sports, Tunisian Chess Federation officials and a number of University officers dedicated to the development of the sport of chess in Tunisia.

Among the other topics, the 2017 African Team Championship and especially the possibility of organizing the 2022 World Chess Olympiad were discussed. The African Chess Confederation will support the candidacy of Tunisia as the first African country to host this global event.

In this regard, the Ministry of Youth and Sport supports every gesture aimed at marketing the image of Tunisia abroad as a safe country capable of embracing major sporting events. 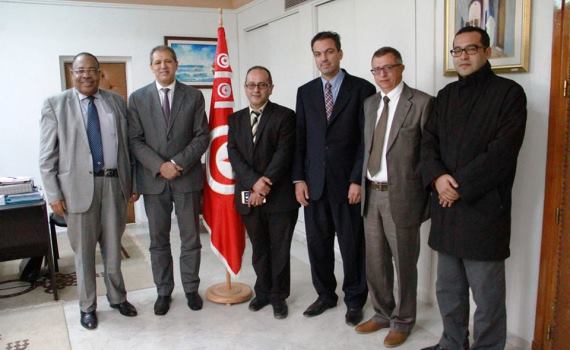