After six rounds, Ukraine became the sole leader in the World Women’s Team Championship. Today, once again,  the women proved that they play uncompromised chess – only 6 out of 20 games finished in a draw. The Ukrainian girls, led by GM Mikhail Brodsky, showed great fighting spirit and crushed France with a 4:0 score.

The central match of the sixth round was the encounter between two strong teams – Georgia and Russia. After 5 hours, all the participants of the match continued playing and the outcome of the encounter was unpredictable until the end! 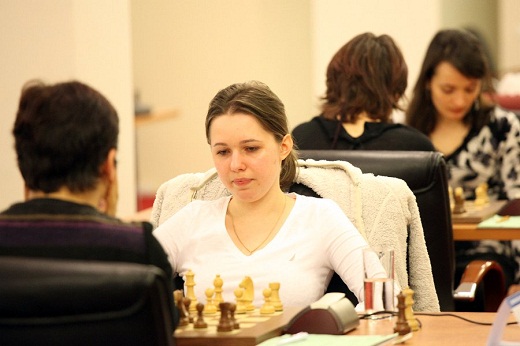 Lela Javakhishvilli had an absolutely winning position against Alisa Galliamova, but a few inaccurate moves and a huge mistake in the endgame led to the catastrophe. On the other board, Valentina Gunina miscalculated in an equal endgame against Nana Dzagnidze and the Georgians equalized the score. Bela Khotenashvili defeated Alexandra Kosteniuk and the fate of the match was decided in the game Melia-Girya. The Russian player defeated her opponent and the final score was 2:2.

The girls from Kazakhstan won the first match in the tournament – they outplayed the Turkish team to occupy the seventh place. Guliskhan Nakhbayeva and Dinara Saduakassova defeated Betul Yildiz and Kardelen Cemhan, respectively, while the games on the other boards were drawn. 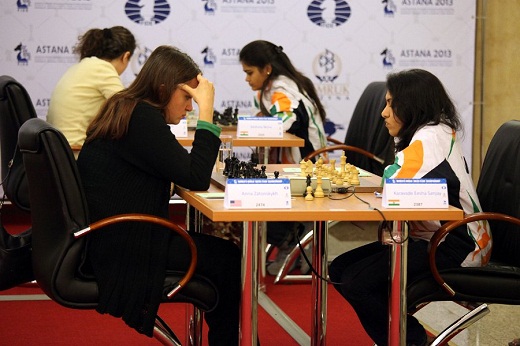 India came very close to a victory in the match against the USA, however, Eesha Karavade missed her winning chances in the game against Anna Zatonskih. China celebrated a victory over Romania 3-1.

As a result, Ukraine is leading with 11 points, while Russia is 1 point behind on the second place. China is on the third place with 8 points. One of the key matches in the seventh round is Ukraine-Georgia. 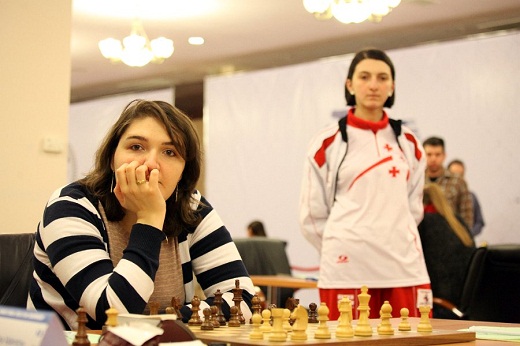