The tie-breaks turned out to be very short and ended already after the two games with “25 minutes plus 10 seconds for each move” time control. Navara playing White played the Caro-Kann Defense unpretentiously. Later he postponed the castling and missed the breakthrough in the centre d5-d4. After that White King could not escape from the centre and there was an impression that Navara was a bit lost. The Black attack was developing itself – Grischuk was increasing the pressure and led the game to his victory. 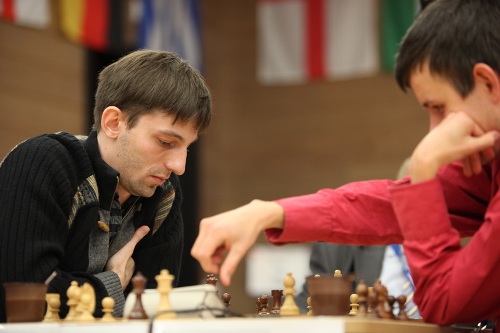 Grischuk confessed at the press conference that he played his second rapid game the same bad way as he played his second classical one. “White did a lot in order to lose. But in this case the safety factor in my position was much higher; we had an endgame which was unpleasant for me without a pawn. But he was close to make a draw and it was very easy for me to make it.”

Teimour Radjabov with White has played a very creative opening again and converted it to serious advantage. The floor is given to the Ukrainian grandmaster: “The first game was very hard and I had to fight for a draw. Luckily, I managed to build up a defense and to avoid mixing everything up in the endgame with bishop against a rook without pawns. And as for the second game, I managed to outplay my opponent in a slightly better endgame”. 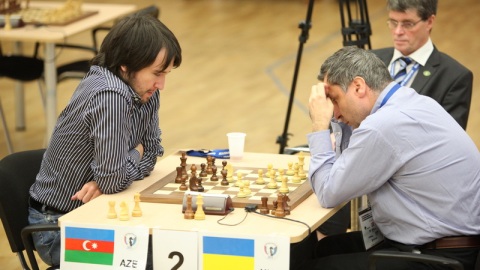 The semifinals will start on Monday, September 12th, when we’ll witness the matches between two Ukrainian and two Russian chess players: Vassily Ivanchuk vs Alexander Grischuk and Ruslan Ponomariov vs Peter Svidler.

Along with the World Cup they will be challenging three qualification spots to the World Championship as well as the first prize in the amount of 120 thousand dollars.