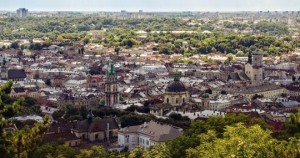 The splendid city of Lviv, situated in western Ukraine, will be hosting numerous chess events.

The 3rd Yury Privalov Memorial 2014 had just ended, when the National finals for Men and Women kicked off.

Twelve of the best Ukrainian male and female players will be guests of the 4-Star Hotel Warszawa**** from 10th to 22nd November 2014 to decide the 2014 Ukrainian champions for Men and Women.