The third round was very exciting, though three out of five games finished with a draw. Even the shortest game of the day between Tatiana Kononenko and Natalia Zhukova (that lasted only 16 moves) was full of openings nuances. Both players were well prepared and in the middlegame they decided not to take any risk.

The nice finale happened in the game of the two leaders – Mariya Muzychuk and Anastasiya Rakhmangulova. Black seized the initiative in the early middlegame but could not find the way to increase the advantage and then forced a perpetual check with a sacrifice of the knight. 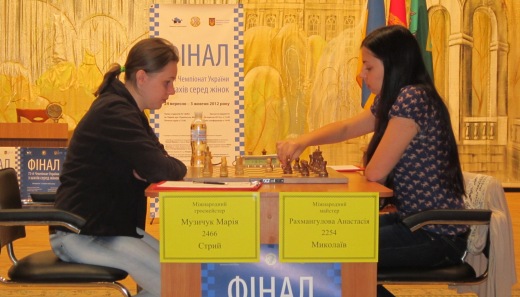 The sharpest scenario was in the match Andrenko – Gritsayeva. In the beginning White had good chances to win but after a series of mistakes the situation reversed. After that it was Black’s turn to give a favour and to allow her opponent to save the game.

The top seeded player in the championship, Kateryna Lahno, won her first game: – “Inna Gaponenko didn’t chose the best opening line and ended up with a passive position. But being in time trouble I gave her an opportunity to complicate things on the board. Inna could have been more stubborn in defence but she blundered the piece and gave up.” 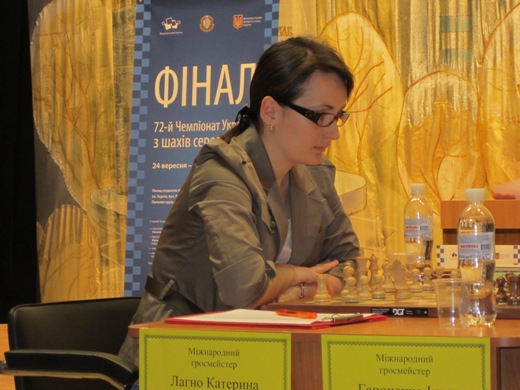 To defend the title is much harder than to get it in the first place. The reigning champion Kateryna Dolzhykova lost third game in a row. Today she could not cope with a pressure of Anna Ushenina.