The fourth round was a real treat for the spectators. Already now it’s possible to say that this round will be one of the most entertaining on the tournament.

Players made no quick draws – the two draws that finally have been agreed were signed in the moment when all resources to fight were exhausted. Moreover, Tatiana Kononenko and Oksana Gritsayeva needed more than 100 moves to share the point. 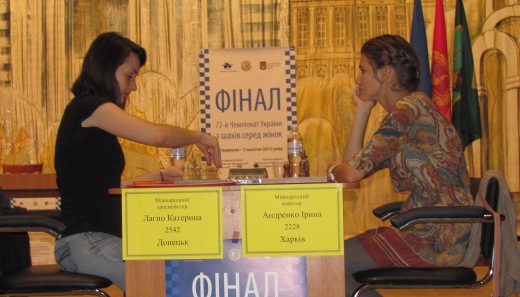 First win came to Inna Gaponenko who defeated the out-of-form reigning champion Kateryna Dolzhykova. After a sharp opening line and series of mutual sacrifices White faced a choice – to force a draw or to risk for a win. Gaponenko decided to tempt the fate and was awarded for that. Dolzhykova blundered and soon had to give up.

On the other hand, Anna Ushenina won quite confidently. She outplayed the less experienced but quite talented Anastasiya Rakhmangulova. White was making natural moves, but somehow she was left without a pawn and one of the main contenders for the title dully converted the advantage. 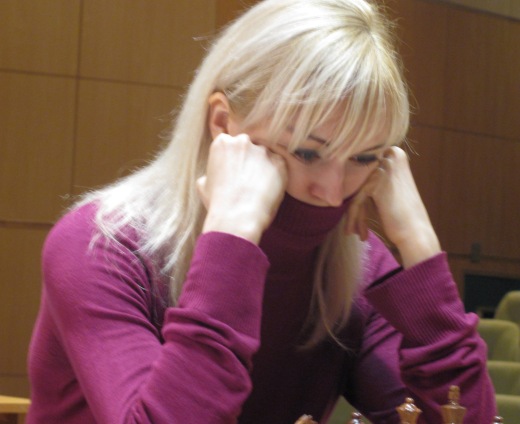 A bit surprising finale occurred in the game of teammates Natalia Zhukova and Mariya Muzychuk. White kept the initiative throughout the game and sought chances to transform it into something tangible. But on move 46 Zhukova missed a nice tactical shot after which she had to give up a pawn. All efforts to save the game didn’t bring the desirable effect.