After round 6 the Championship finally has a sole leader. Anna Ushenina moved to the top after winning in the titanic fight (100 moves!) against Oksana Gritsayeva who was undefeated before.

Actually, Gritsayeva had an exchange for the pawn and all the reasons to think about the victory, though Black’s position was full of defending resources. But around move 60 White rook got trapped and Black was already a pawn up. 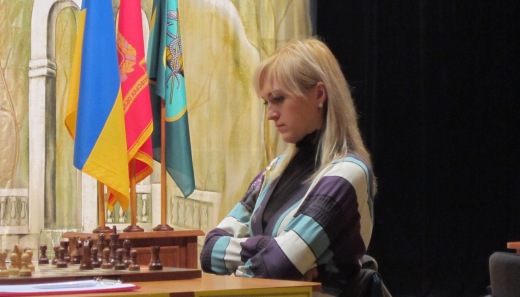 Slowly the position became more and more drawn and finally players came to the endgame knight plus pawn a6 (for Black) versus knight. Taking into account White king was on b7, it was not so easy to find the way to make a draw (Nalimov’s tablebase shows it is drawn)…especially when you already made 88 moves. So, there is no surprise that Gritsayeva could not save the game.

The main rivals of Ushenina, Kateryna Lahno and Mariya Muzychuk, finished their game in draw. Though, after move 21 there was a feeling that Lahno would win, but she evidently blundered a strong move 22…Qd8 that made the things much more complicated. Game quickly came to a deadly drawn position. 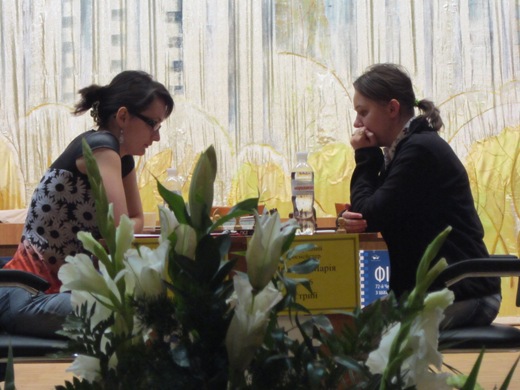 Inna Gaponenko and Tatiana Kononenko tried their own chances to join the rally of leaders, but their younger opponents – Anastasiya Rakhmangulova and Irina Andrenko respectively defended well and achieved draws.

At the same time Natalia Zhukova won her first game. She confidently outplayed last year Champion Kateryna Dolzhykova. For later this tournament appears too horrible – fifth lose in 6 games! We wish her a respectable finish! 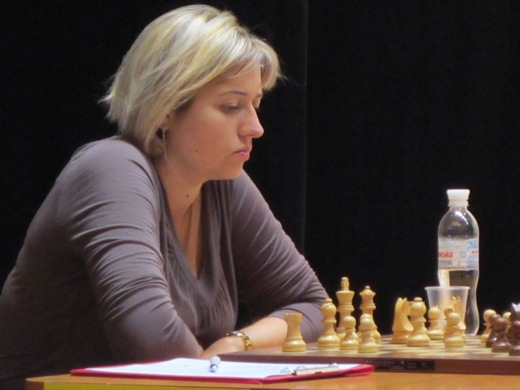