The situation on the top of the crosstable is changing with every next round. The overnight leader Anna Ushenina, playing with white pieces, made a quick draw with the top-seeded Kateryna Lahno.

Mariya Muzychuk demonstrated good sporting character and in a long maneuvering play defeated Irina Andrenko. Though, the game was equal till the very endgame. Muzychuk now catches Ushenina on the shared first place. 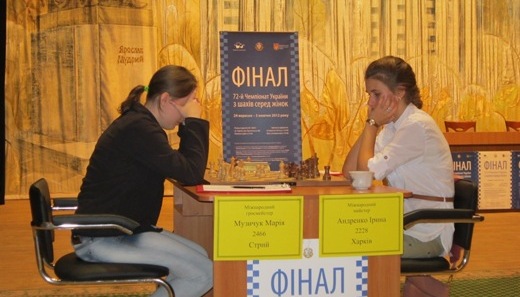 Another member of the national team, Natalia Zhukova, made a step forward as she won the second game in a row. Today she crushed Anastasiya Rakhmangulova with Black pieces. After a quiet opening, Zhukova masterfully took the initiative and finished the game with a powerful attack on the White king. But as it often happens, the most spectacular lines, where Black was ready to give up the queen, were left behind the board.

Unfortunately, the remaining three games were of completely different sort. The draws have been signed before move 23 in all games, despite having positions full of resources.

Perhaps the Sofia rules should have been in force… Hopefully, in last two rounds we will see a thrilling fight for the title of Ukrainian Women Champion! 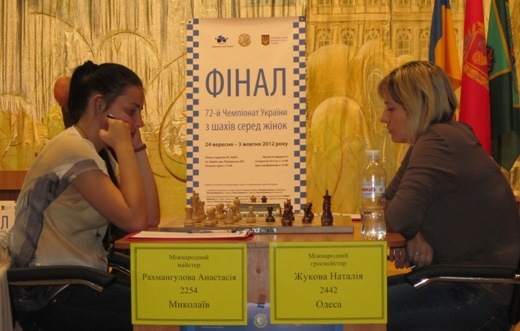