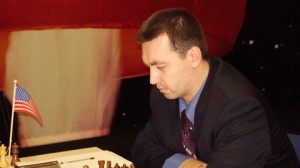 Nakamura, Kamsky, Zatonskih, Krush, and a total of 22 players will compete in the two sections. Games will be live daily on Chessdom.com with computer analysis.

Here are the pairings for the US Chess Championship 2012 for men and women.