The penultimate round of the Alekhine Memorial had only one decisive result. Former leader Maxime Vachier-Lagrave fell with the white pieces against Russian Nikita Vitiugov. This result left Boris Gelfand as the sole leader of the event with only one round to go. No less than four players are half a point behind him in the standings.

Nikita Vitiugov has shown his usual solid chess throughout the event, but now obtained a relevant victory for the standings. He used the Caro-Kann defense to get the full point against Maxime Vachier-Lagrave in 48 moves. This result leaves the French on +1 in the big chasing pack half a point behind Gelfand. Vitiugov has an even score and stands at a whole point distance from the leader.

The main battlefield in the game was the center. Black’s strong knights turned out to be stronger than his opponent’s bishops. Vitiugov gained a pawn advantage and started the grinding process to convert it into a win. The precise technical abilities of the Russian gave him the win after 48 moves. 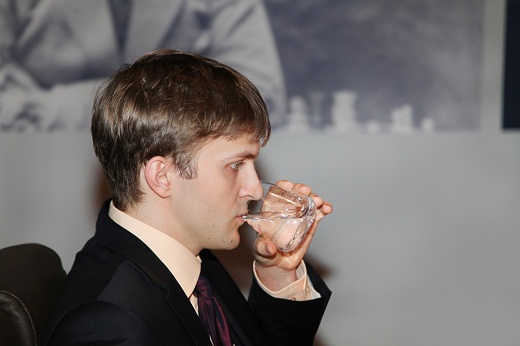 Boris Gelfand saved half a point in his game against Vladimir Kramnik. The Israeli led the black pieces and found himself in an inferior position during the whole game. The ex-world champion put a lot of pressure on his opponent but was not able to completely break through the defensive efforts of his experienced opponent.

The fight began as a Reti, an opening that Kramnik uses often to look for chances to outplay his rivals in the arising positional struggles. In this particular game, the Russian went for material on move 20; he took the exchange and allowed his opponent to activate his pieces. The endgame was a long battle where the computer shows some strong continuations for Kramnik. However, we cannot blame the Russian for not finding the subtle nuances that the computer finds immediately. Draw on 73 moves. 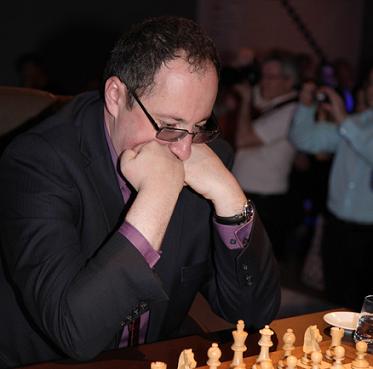 Viswanathan Anand and Peter Svidler battled in a Ruy Lopez with 6.d3. This opening is being heavily explored by the top players, given the fact that it gives a lot of chances to make a difference with both colors. On this occasion, the players found themselves in a drawn position after 35 moves. Anand is on +1 and has a chance to catch Gelfand tomorrow.

Everything is still up for grabs in Saint Petersburg. Contrary to what was expected, the “uneven” field did not create an undisputed leader up to this point. The last round begins two hours earlier (11:00 am CET) tomorrow. 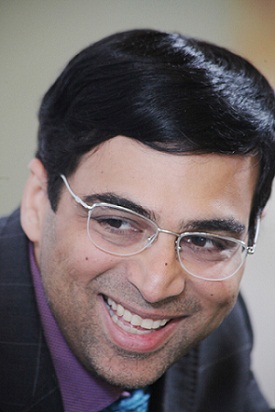