The preliminary Stage 1b of the strongest computer chess championship in history TCEC started this May 26th. A total of 16 engines will fight for 8 qualification spots, to determine who will join the winners of Stage 1a.

Stage 1b started with a bang, as the clear favorite Stockfish was held to a draw by the newcomer to this season Vajolet2 (by Marco Belli). In a Nimzo-Indian with 4.e3 O-O , Vajolet created a symmetrical pawn structure and kept cool through the middlegame, not committing a single inaccuracy. Replay the game here with analysis, depth, and speed graphs. This draw ended the hopes of Stockfish fans that the engine could pitch a 15-0 shutout this stage, leaving last year’s Fisher like success of 11,0/11 to be the valid record.

Critter 1.6a took an early lead in the standings. The 3078 ELO engine had black against the 800 ELO lower rated Firefly. In a Reti: KIA game, Critter steadily built advantage and converted it to a full point. Replay the game here

Two of the main competitors to qualify for Stage 2 – Andscacs and Jonny – could not find a clear winner in their game. Andscacs reached +1,50 eval, but miscalculated and fell into defensive mode for the rest of the game. Jonny looked for chances, however no such were present with the opposite color bishops present on the board. Replay the game here

The first round of TCEC Stage 1b coninues. You can follow Chiron – Gaviota, Arasan – The Baron, Fruit – Fire, Naum – Delphil, and Nirvana – Jellyfish live at the official website 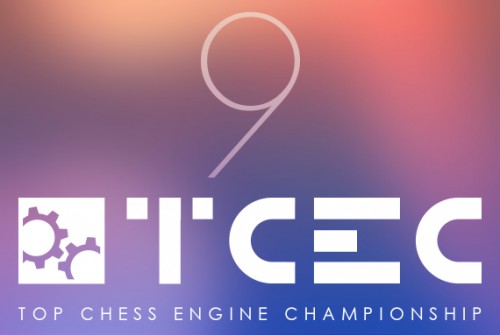