After claiming the winner’s trophy with one round to spare, Valentina Gunina had a pressure-free game against Nino Batsiashvili. It was still an interesting encounter as black sacrificed two pawns for active play. The battle settled in a draw before the time control.

In the only decided game of the day Alexandra Kosteniuk defeated Zhao Xue to emerge clear second in the final ranking. It was a back-to-back win for the Russian and second consecutive loss for the earlier co-leader.

The remaining four games were also drawn. Replay with analysis.

The awarding ceremony was held later in the afternoon.

The final Women’s Grand Prix is set to start on 1st July in Chengdu, China. 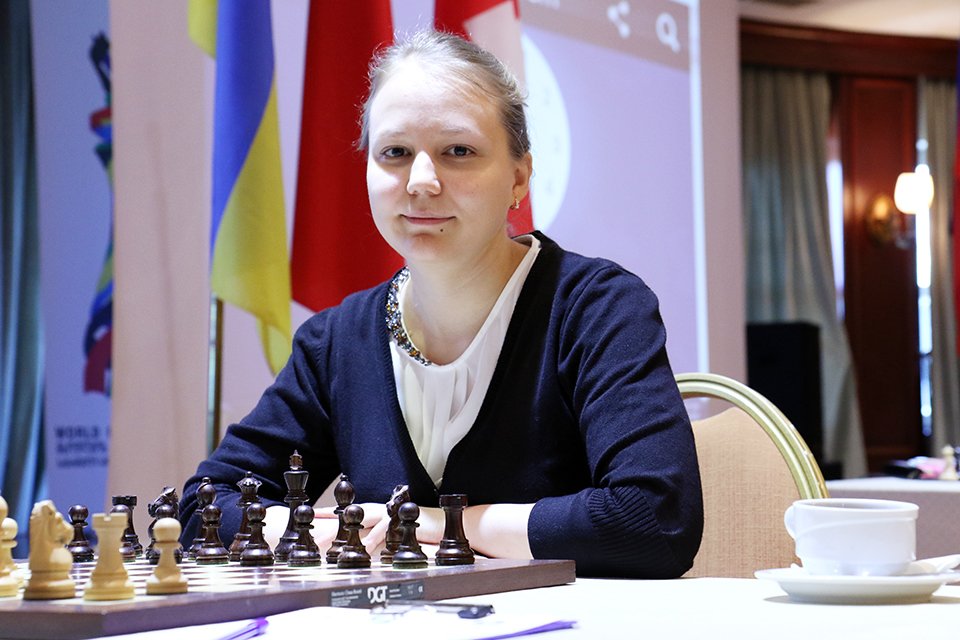 In the Slav opening the players castled on opposite sides. Despite being black, Gunina played quite fast and with great energy. She sacrificed two pawns to fully activate the pieces.

It was a risky strategy but difficult to refute over the board. Feeling the heat around the king, white offered a draw and black agreed. 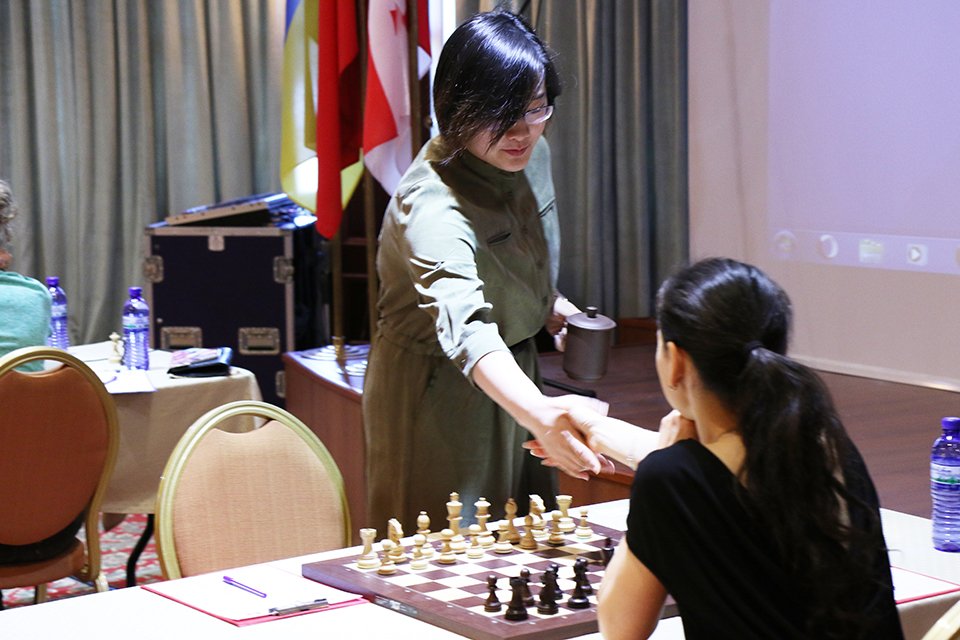 A very interesting game between two aggressive players. The Chinese once again employed a relatively rare opening system with white. She also spent half of her time on the first ten moves.

It somehow didn’t work for white and she started retreating the pieces all the way back to the first rank. Black jumped on the opportunity to launch a strong attack. She finally crashed through the first rank and claimed a victory shortly after the time control. 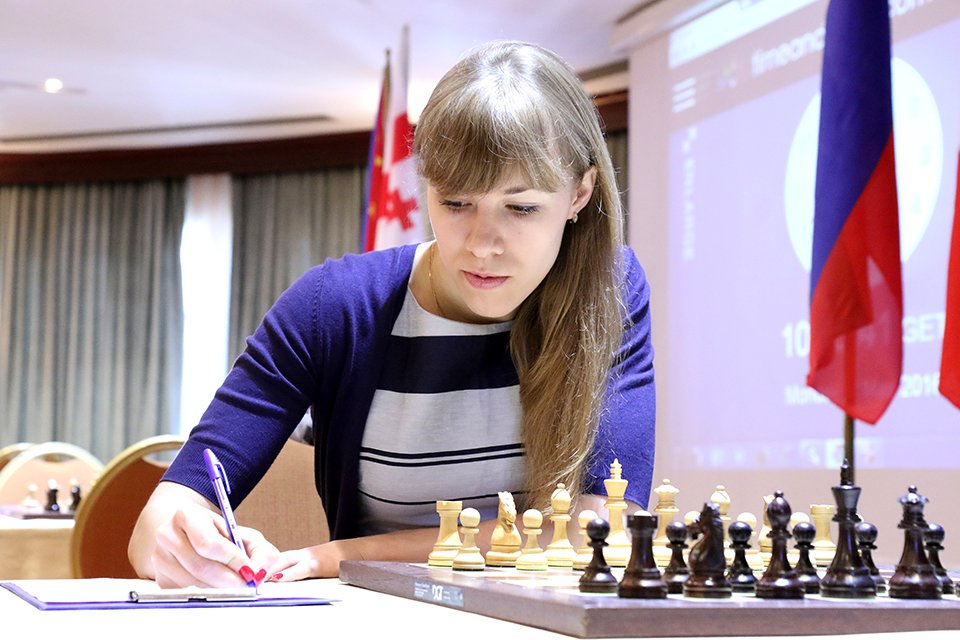 White succeeded in putting some pressure on black’s relatively passive setup. Soon she won a pawn.

Black’s best chance was in complicating matters around the white king. She did well and Girya could not find refutation. With both kings in relative danger, white decided to force a perpetual check during the time trouble. 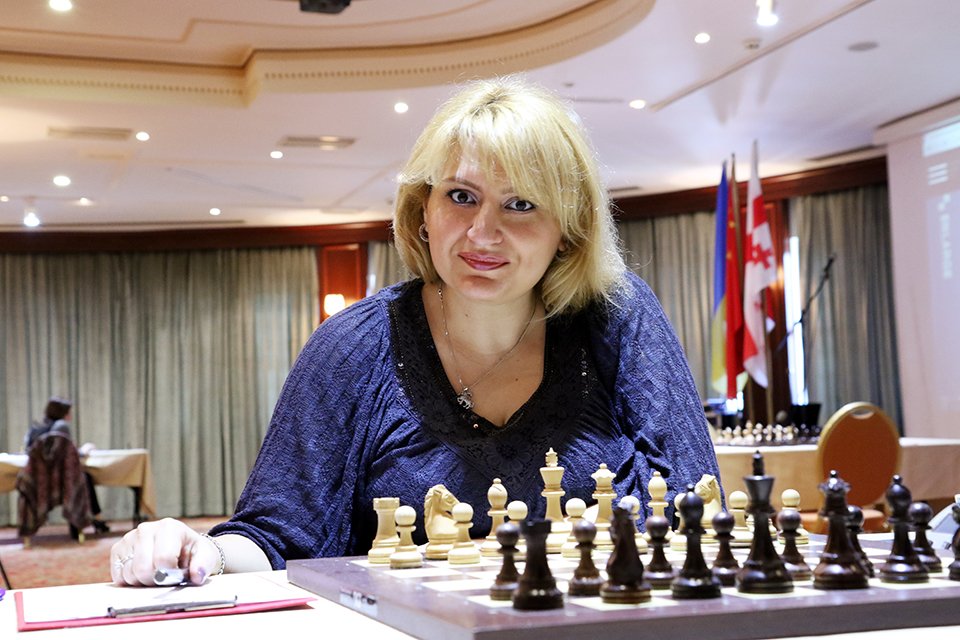 This game didn’t last long as the players executed the main line of the Gruenfeld Indian defence and then repeated the moves for a draw. 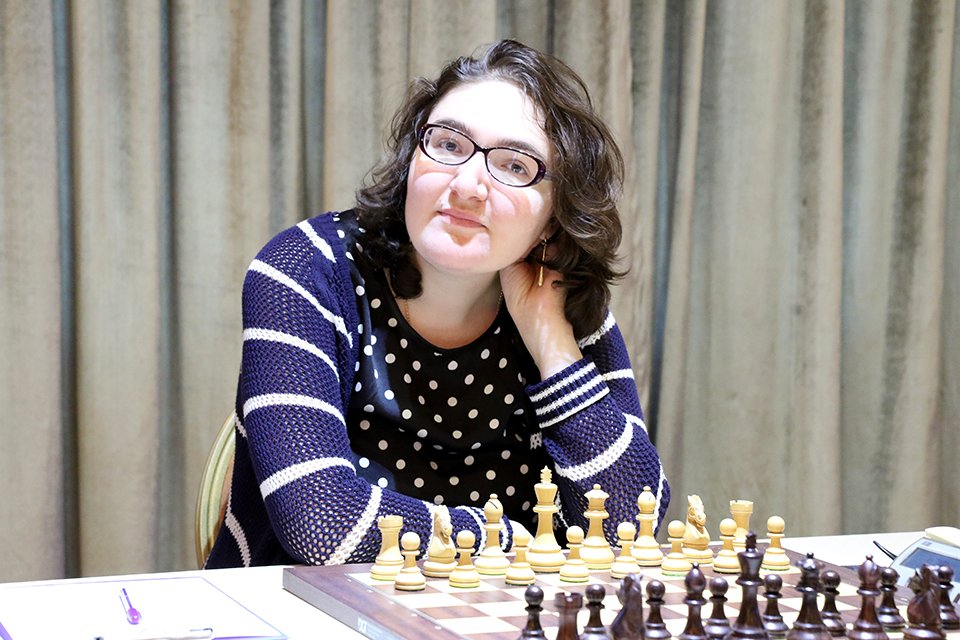 The two Georgian players explored a positional line in the Queen’s Indian defence. Each side got doubled pawns but this didn’t disturb the balance.

White opened the c-file in an attempt to claim it with the heavy pieces, but black was able to parry the intrusion and after moves repetition draw was signed on move 27. 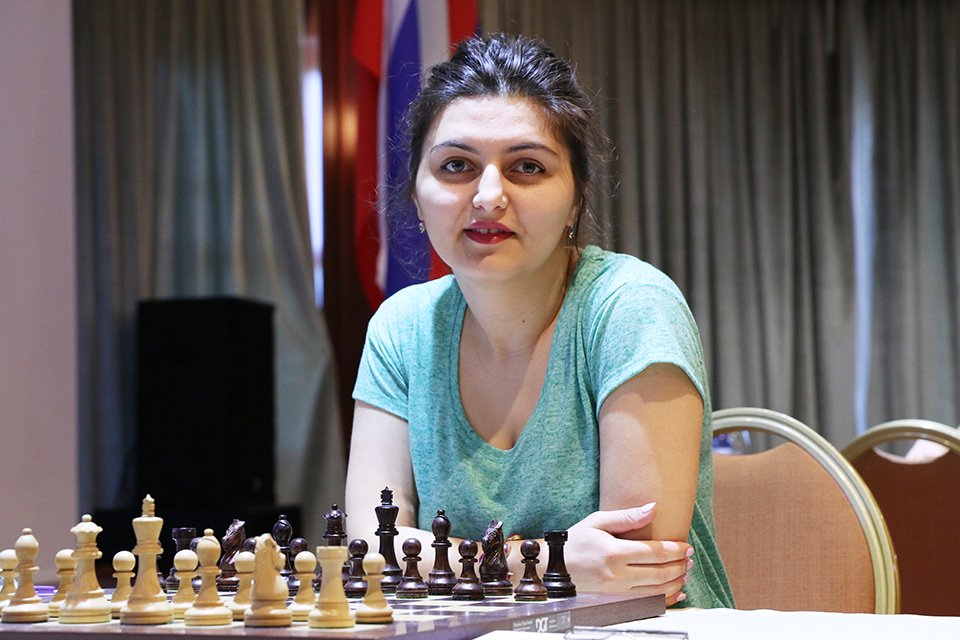 In the longest game of the day M.Muzychuk tested Khotenashvili’s preparation in the Caro-Kann.

After the exchange of the queens the play did not become strictly positional. Black sacrificed a pieces for three pawns and later won another one.

White had to take urgent measures to contain the black avalanche. She succeeded doing so by setting a nice fortress on the dark squares. Black could not break and the game was eventually drawn.