Tania’s score of 4.5 points, places her half a point above Woman Grandmaster Padmini Rout of Orissa. Padmini, who took the second spot scoring over higher seeded WGM Nisha Mohota, now faces top seed Tania in the next round. 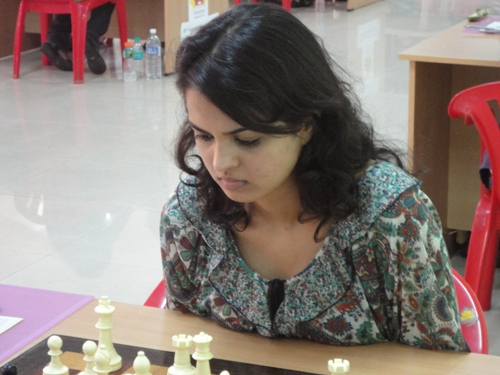 Vizag girl Pratyusha Bodda continued to make waves, as she scored a dynamic miniature win over Woman International Master Bhakti Kulkarni of Goa. Just out of the Caro Kann opening, Bhakti chose for a bishop for knight swap, that allowed Pratyusha occupy the seventh rank with her rook. Subsequent knight foray 17…Ne4 appeared unconvincing, as Pratyusha sacrificed an exchange and pushed for a massive kingside attack. Further inaccurate defensive moves from Bhakti hastened her defeat.

Pratyusha who trains under Rama Raju, coach of Grandmaster Dronavalli Harika, has so far played four WGMs & a WIM, with wins over Sowmya Swaminathan, Swathi Ghate and Bhakti Kulkarni. A consistent show in the later half of the event, should possibly net the Andhra girl a Woman Grandmaster Norm. 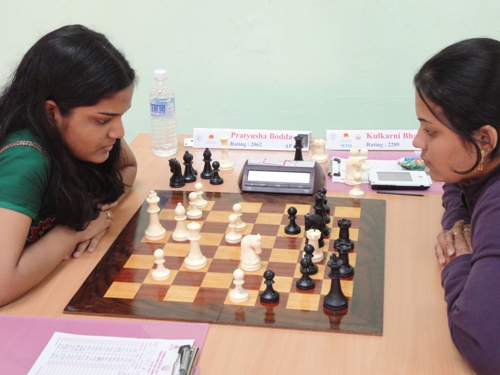 Pratyusha on way to her upset win over WIM Bhakti Kulkarni 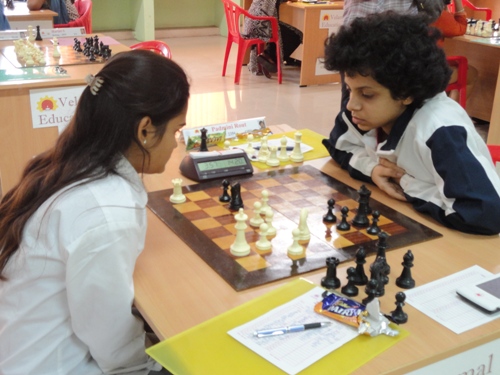 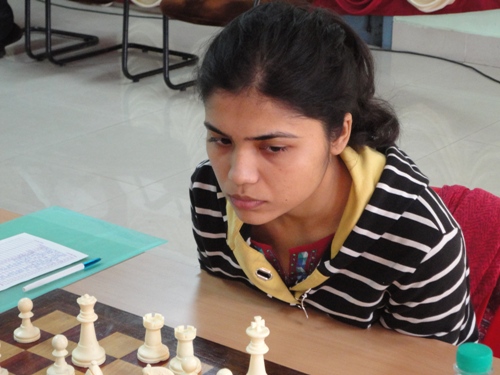