The first day saw three rounds being played, with ten out of fifteen games finishing decisively. Veselin Topalov arrived quickly from Thessaloniki and played fiercely to finish clear first as the only player that won all three games. The other player that stood out was Evgeny Tomashevsky. After drawing against living legend Anatoly Karpov, the Russian won two consecutive games to stand alone in second place on 2.5/3. 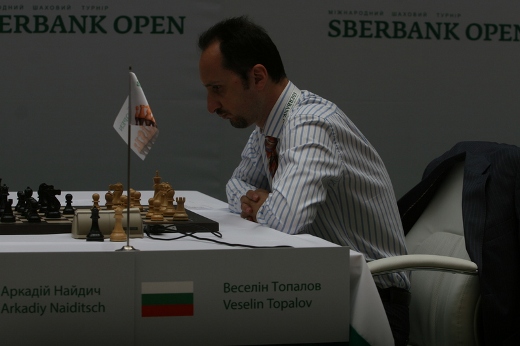 Topalov’s winning streak began with a victory over German’s number 1 Arkadij Naiditsch with the white pieces. The ex-world champion accepted the space advantage offered by his opponent and went on to grind down black’s cramped position. A lot of precise maneuvering was seen in this game, something quite remarkable to be played with 25 minutes + 10 seconds increments.

Three games finished in draws in this round. Norway Chess winner Sergey Karjakin was the other player to get a full point. Anton Korobov could not stop the Super-GM with the white pieces in a lengthy 84-moves struggle. The Russian used his tiny edge of having a bishop against knight in an endgame to defeat his strong opponent. 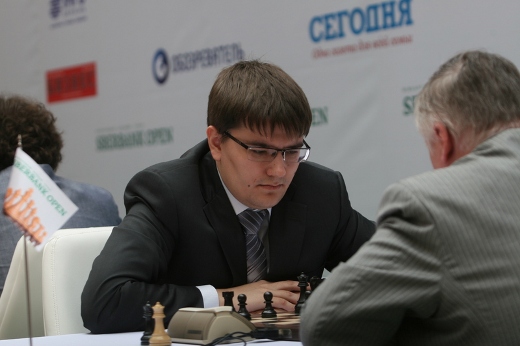 The colors of the victories obtained in the second round were distributed evenly, two with white and two with black. Veselin Topalov played another closed structure to get his second point. He chose the French Defense against Alexander Areschenko and beat him in an unbalanced-material middlegame. The Bulgarian evaluated correctly that his opponent’s queen would not be enough to stop his well-coordinated pieces.

Arkadij Naiditsch suffered his second loss against Evgeny Tomashevsky. This time, the German had the black pieces and could not avoid defeat in a complicated opposite-colored bishops endgame. Anton Korobov and Sergei Zhigalko also signed their first wins of the event in this round. 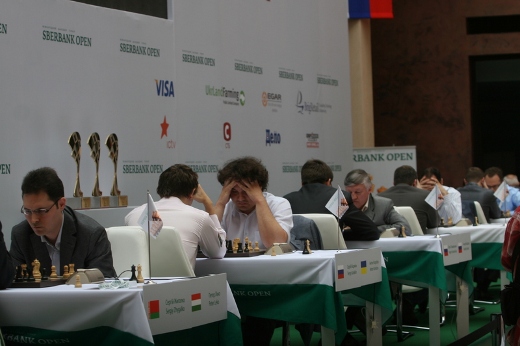 Veselin Topalov sacrificed a pawn in the opening against Sergei Zhigalko, in exchange for a solid pawn structure and good play in the center. The player from Belarus looked for the initiative on the queenside and relied on his passed c-pawn for counterplay. Topalov defended accurately and neutralized this threat to reach the very top of the standings.

Evgeny Tomashevsky demonstrated his strength in the endgame to defeat Anton Korobov with black. A very positional King’s Indian Defense gave the Russian a favorable ending, which was duly converted in 57 moves. Pavel Eljanov reminded us that he used to be in the very top of the elite by defeating Sergey Karjakin with white. Alexander Areschenko also got his first win.

The games continue tomorrow with rounds 4-6.