The 20-year-old Spaniard made his intentions clear from the outset with an early kingside pawn storm against Jones’ Scotch Game. Jones sacrificed an exchange to neutralise the attack, while securing the two bishops and severely weakening Latasa’s queenside and kingside pawns. Although Jones won back the exchange, the game remained balanced until an errant bishop retreat to h5 by Latasa gave the British grandmaster control of the crucial f5-square, which served as a jump-off point for his rook to swing over to the queenside and harass the Spaniard’s isolated a-pawn and doubled c-pawns. The outcome was a foregone conclusion from thereon as Jones handled the ensuing endgame with pinpoint accuracy to wrap up the game on the 45th move. 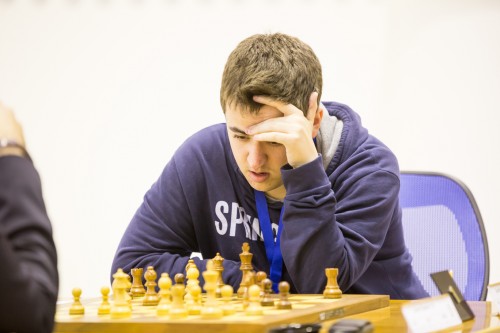 Jones hiked his tally to six points with his fourth win in a row following a third-round setback to the Argentine GM Alan Pichot. 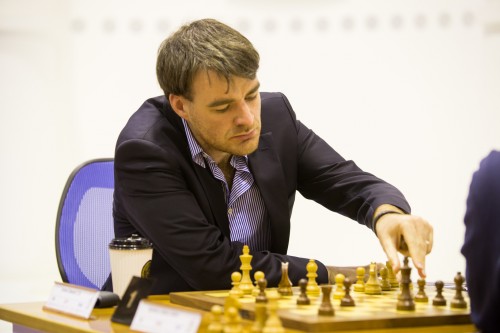 Two others also have six points: 2010 champion GM Eduardo Iturrizaga of Venezuela and India’s GM Vidit Santosh Gujrathi.
Gujrathi displayed superb positional understanding as he gradually outplayed Azerbaijan’s GM Eltaj Safarli in a Bogo-Indian Defence. With his pieces confined within the first three ranks for most of the game, Safarli decided to force matters with an e5 pawn break on the 46th move, but this only created new targets for the Indian, who proceeded to win an exchange and a pawn before closing out the game on the 64th move. 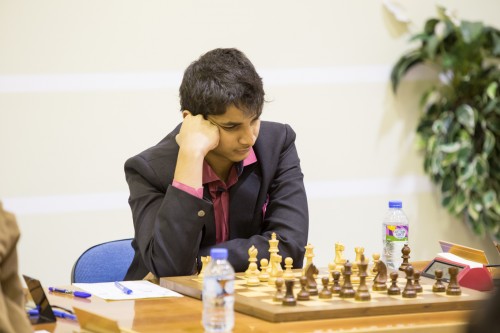 Iturrizaga, who employed the English Opening, kept his composure in the midst of a dangerous attack by India’s IM P. Karthikeyan to win in 73 moves. Although it was the Venezuelan who initially deployed a massive kingside pawn storm, Iturrizaga later misplayed the attack, allowing the Indian to wrest control of the g-file with his two rooks and centralise his queen on the e5-square. Intending to create new weaknesses in white’s position, Karthikeyan launched an ill-timed offensive in the queenside, missing a crucial tactic that allowed Iturrizaga to counterattack in the kingside. This time, the Indian was unable to parry Iturrizaga’s offensive as the Venezuelan converted to a won rook-and-pawn endgame.

Latasa, meanwhile, dropped to joint fourth place with six others, including the top two seeds from Ukraine, GM Anton Korobov and GM Alexander Areshchenko, each with 5.5 points. After an upset loss in the first round, Korobov worked his way back into contention with five wins and a draw in his succeeding games, including a seventh-round win over GM Aryan Tari of Norway. Areshchenko defeated 2007 champion GM Levan Pantsulaia of Georgia in the seventh round.

The UAE’s GM Salem AR Saleh and Egypt’s GM Ahmed Adly were derailed by draws in the seventh round to drop to joint third place with five points each. The 13th-seeded Saleh settled for a draw with 28th-seed Emre Can of Turkey, while Adly agreed to a truce with India’s IM Siva Mahadevan.

Former champions Jones and Iturrizaga will face off at the top board in Monday’s eighth round at 5:30pm. Gujrathi will take on Korobov on second board, while Oleksiyenko will play Areshchenko on third board. Latasa will try to rebound when he plays Amin on the fourth board.

The Dubai Chess Open Tournament offers a total cash purse of US$50,000, with the champion receiving US$13,000 and custody of the Sheikh Rashid Bin Hamdan Al Maktoum Cup. 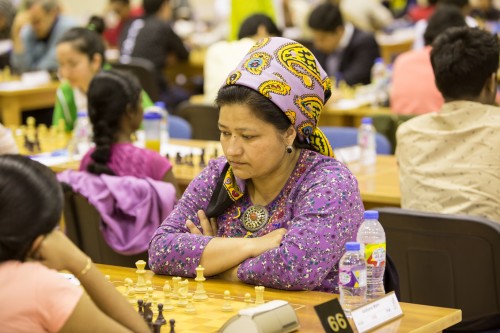 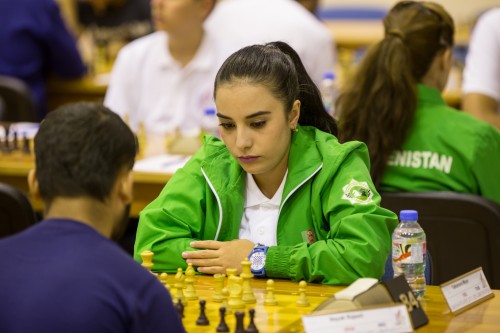