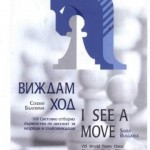 Year 2018 is a special one for the people with visual impairments in Bulgaria. Our country has been selected by IBCA (The International Braille Chess Association) and for the first time in our history, Bulgaria will host the World Championship for Visually Impaired Chess Players.

The World Championship for Visually Impaired Chess Players will take place between 20th and 31st July 2018 in Sofia, Bulgaria. We rely on the Ministry of Youth and Sport, the Municipality of Sofia, the business, the media and all volunteers to support our effort in organizing and providing the event at a very high level.

The event will be a part of the programme “Sofia – European Sport Capital”.
The World Championship for Visually Impaired Chess Players will be held under the patronage of the Bulgarian Minister of the Youth and the Sport, Krassen Kralev.

Bulgaria was chosen to host the World team championship at International Association of Braille Chess’ (IBCA) congress on 25th of June 2017 where (as Ivan Yanev has shared) the meeting between minister Kralev and IBCA’s president Ludwig Beutelhoff in 2015 played a key role.

In Bulgaria’s sport history it is the first event of such level to be organized by our country for visually impaired people. A similar event (however at European level) was organized in 1983 European athletics championship for visually impaired held in Varna, Bulgaria. At that event Krassen Kralev had participated as pilot runner for Norwegian athlete that won the silver medal in 5000m. competition.