In our 11 years of chess journalism in Chessdom, we have always aimed for full objectivity when covering FIDE elections or chess related politics. We thought nothing can surprise us anymore, yet it is the first time that we have to report on such a weird case.

FIDE elections are coming this October 3rd during the Chess Olympiad in Batumi. Despite being on the US sanctions list and responsible for the closing of the FIDE bank accounts, Kirsan Ilyumzhinov is running for President again, with the official support of Silvio Danailov, who is investigated in Bulgaria for embezzlement of public funds in association with a fake “European Chess Union” created in USA.

On 25 April 2018, Kirsan Ilyumzhinov sent a letter to the president of the Russian Chess Federation (RCF) Mr. Andrey Filatov informing RCF officially about his ticket for the upcoming FIDE elections. The ticket, also announced on the personal website of Kirsan Ilyumzhinov, includes the following people:

What rises eyebrows in this ticket is position No.3 (see the scanned letter below) where there is a person named as “Glen Stark” as candidate General Secretary of FIDE from USA, despite Ilyumzhinov being on the US sanctions list. 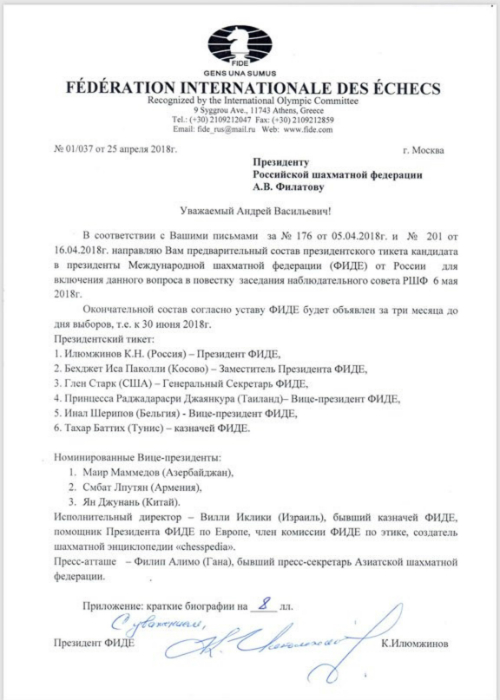 In the CV of the person named “Glen Stark”, as sent to several members of the chess community including members of FIDE and the Russian Chess Federation (see the images below), it is written that Glen Stark’s website is http://www.glstark.com and, among others, his CV (RUS) states that he is:

a) vice-president of the US government controlled executive board of Office of American Innovation https://www.darpa.mil,
b) a “member” of several private companies,
c) a member of the Board of the Lauder Institute at the University of Pennsylvania and
d) a member of the Writers Guild of America.

Russian version of the CV of Glen Stark 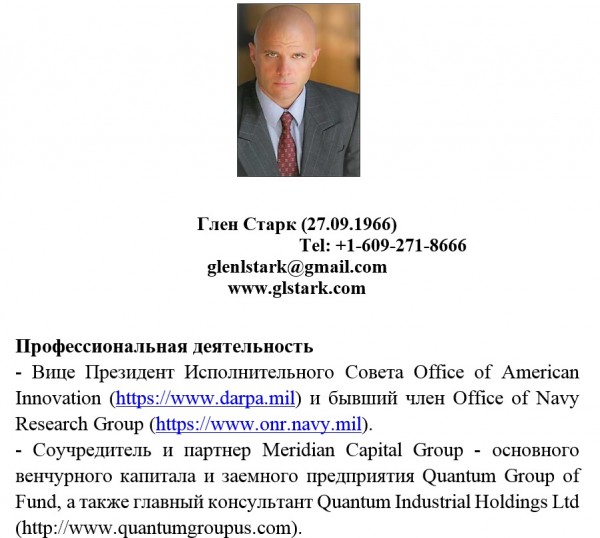 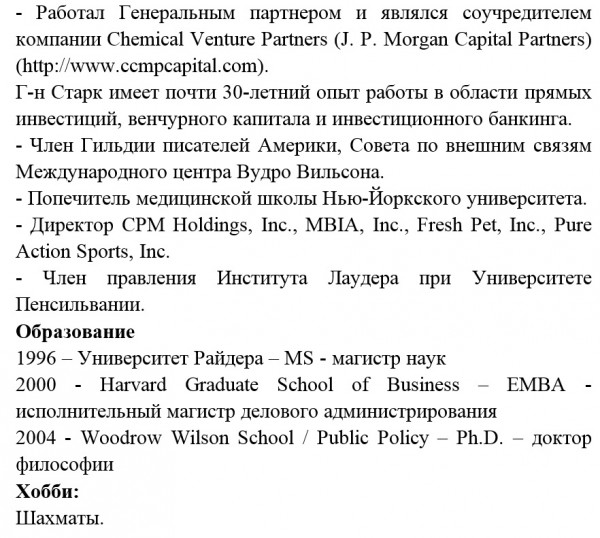 That prompted us to do research on the topic. Who is the only person from the West who supports Kirsan Ilyumzhinov so openly as to enter his ticket?

There was the surprise: In the US government controlled website https://www.darpa.mil there is no mention of any person such as “Glen Stark” and of course no such Vice-President under that name.

In addition, several of the companies mentioned in his CV, to which “Glen Stark” is supposed to be affiliated, return absolutely no search results associating him with those companies.

In the public link of the board members of the Lauder Institute at the University of Pennsylvania here: https://lauder.wharton.upenn.edu/leadership-and-governance such name as “Glen Stark” does not exist.

Furthermore, we have seen a reply from the Writers Guild of America (attached scan below) confirming that a member named “Glen Stark” does not exist in their database.

There are tens of “Glen Stark” names on the internet, but the particular “Glen Stark” character who is supposed to be a Vice-President of a US government organisation, a board member of the Lauder Institute at the University of Pennsylvania or a member of the Writers Guild of America does not seem to exist.

There is of course the other possibility, that “Glen Stark” exists, but as a US citizen, he is afraid to show his real personality because the US government forbids US persons to have business ties with Kirsan Ilyumzhinov, as part of the sanctions list.

So the logical questions come: does Kirsan Ilyumzhinov believe he can govern FIDE with virtual or non-virtual “Glen Stark” characters as members of the FIDE board? Are the “Glen Stark” methods the way that a serious sport organisation such as FIDE should operate from now on in order to avoid US sanctions? Does Kirsan Ilyumzhinov have any real photos of him with “Glen Stark”? Has any FIDE Organiser or Official ever met this “Glen Stark” character who is supposed to be running for the position of FIDE General Secretary?

There is more on this story, it is a developing one and we will continue our own research and keep you updated.

Update: Glen Stark did not answer the phone listed in the Russian version of the CV. We have contacted Berik Balgabaev on Twitter and expect his reply.

Update 2: Malcolm Pein confirms the story on his Twitter account, saying, “I have a comprehensive dossier that demonstrates that Glen Stark one of Ilyumzhinov’s so called Vice Presidents for his FIDE election ticket does not exist #KirsanFakes #GlenStark”

Update 3: Berik Balgabaev, a close associate to Kirsan Ilyumzhinov, has commented for Chessdom via Twitter, “Sorry, as FIDE employee I’m not involved in the election campaign”. 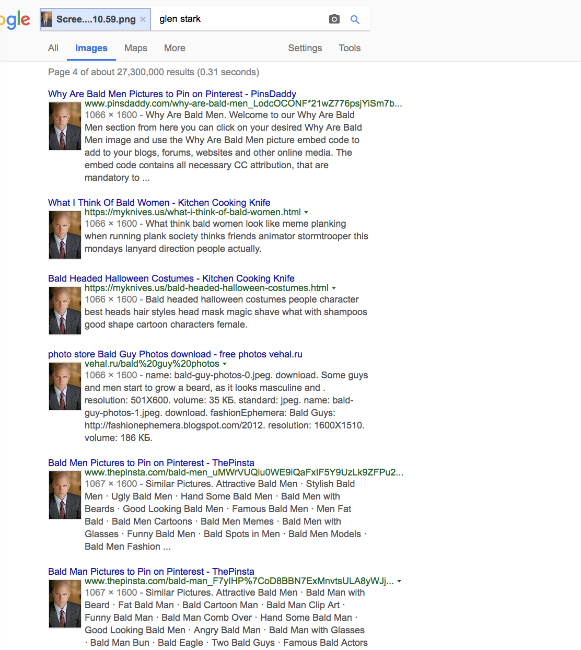 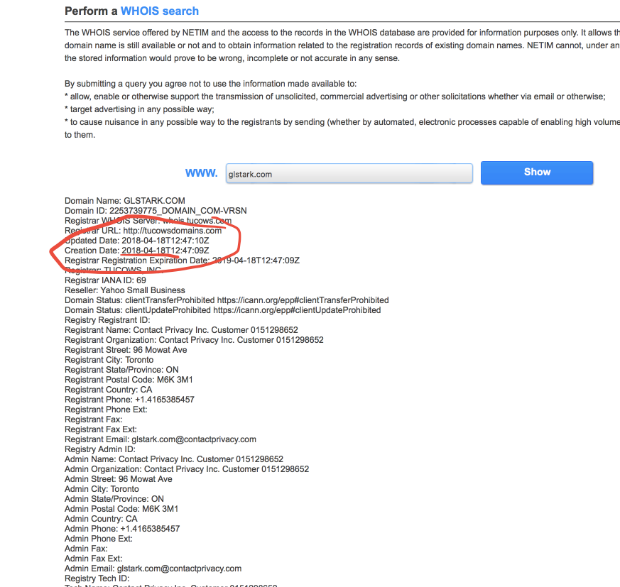 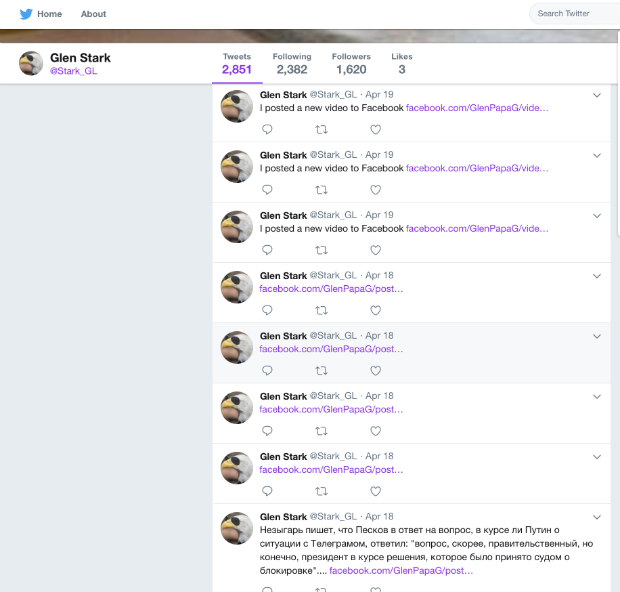