The western Indian city of Pune from the state of Maharashtra will host the first professional Chess League of India from 24th to 28th April 2013.

The event will be held in a 6 board format of Rapid Chess with an initial round robin between all the teams, followed by semi-finals and finals.

Each round is contested between teams on 6 boards, which each team fielding a minimum of a GM, an IM, a WGM and a woman player, with minimum 3 among the total 6 boards belonging to the state of Maharashtra.

All the prominent players of Maharashtra will be in action, apart from many prominent titled players from all across the country. 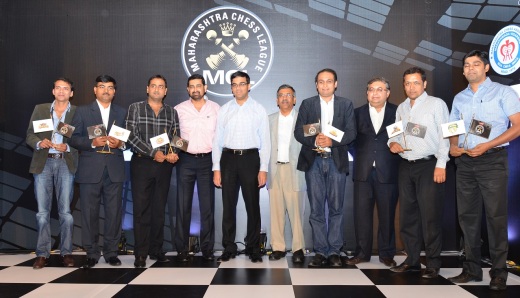 The event was inaugurated by Vishy Anand on 03rd April 2013 in a glittering function, where he unveiled the Logo and presented all the team owners with their flags.

On 13th April 2013, all the registered players were chosen for individual teams after fierce bidding, and the individual team line-ups were picked up.

Games will be broadcast live at the official website, where all the information on the event can be found.