GM Vladimir Georgiev (36) won The Open Norwegian Championship 2012 in Fagernes, but had to share prize-money with five other players also finishing at 6½ points.

Bulgarian Grandmaster Vladimir Georgiev has represented FYR Macedonia since 2002 and is a national champion of both countries.

The Open Norwegian Championship 2012 had 126 participants, 58 of them playing in the top group, and was part of the second Norwegian Chess Festival in Fagernes. 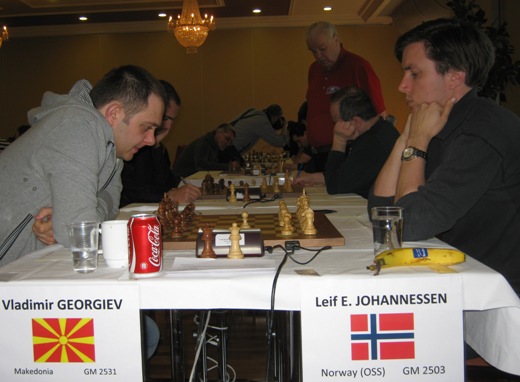 Altogether this was a new success with a varied chess program and 250 players of different strengths and ages participating in the tournaments. Both the playing and living conditions at Norway’s leading new chess hotel Quality Hotel & Resort Fagernes are first class.

This year’s Open Norwegian championship was the “Arnold Eikrem Memorial Tournament” to honour Norway’s longtime leading chess organizer Mr. Arnold Eikrem (1932-96), who would have turned 80 this April. His famous chess activities at Gausdal, Norway started 1970 with the first Open Norwegian Championship, which was later moved to Oslo from year 2001 and from 2011 to Norway’s new chess resort Fagernes. 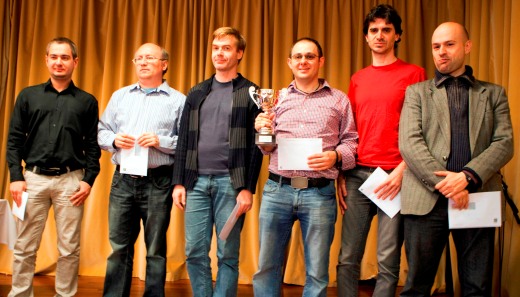 Among the attractions during the festival were also a FIDE Arbiters’ Seminar to qualify arbiters for the Tromsø 2014 Chess Olympiad. The seminar was led by the well known FIDE Secretary General IA Ignatius Leong (Singapore) and IA Almog Burstein (Israel).

The results, games and other information from the Norwegian chess festival are available at the website.

Next year’s Norwegian chess festival in Fagernes is planned for the Easter week March 23 – 31.