The 15th Univé Chess Tournament is taking place from 14th to 22nd October in the town hall of Hoogeveen, The Netherlands. The tournament consists of the Crown Group, Unive International Open and two Amateur Groups.

The Crown Group is traditionally a four-player double round robin and this year has a very strong line-up. Former world champion Vladimir Kramnik (Russia), the top Dutch chess player at the present Anish Giri, the strongest woman of all time Judit Polgar (Hungary) and the winner of the 14th Unive tournament Maxime Vachier-Lagrave (France), form the lineup of an average rating of 2726 in category 20.

Vladimir Kramnik made a good use of the white pieces in first two rounds and convincingly outplayed Anish Giri and Judit Polgar. Other games were drawn. Games with computer analysis. 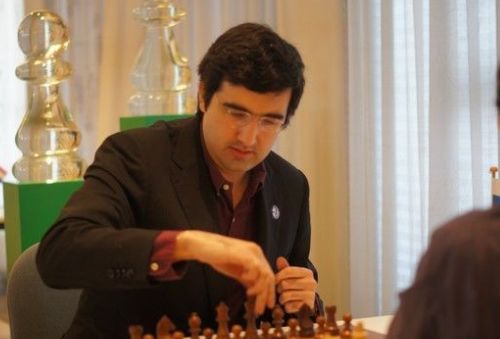 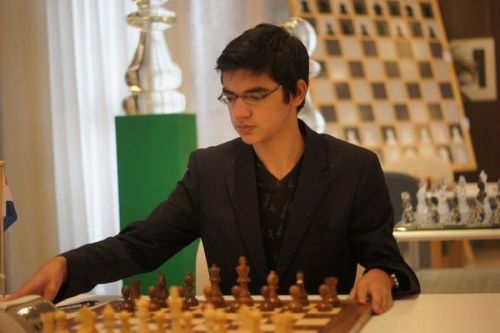 The Unive Open with 86 participants is played over nine rounds of Swiss system. The prize fund is € 7.500 with a first prize of € 3,000. This tournament started on 14th October. 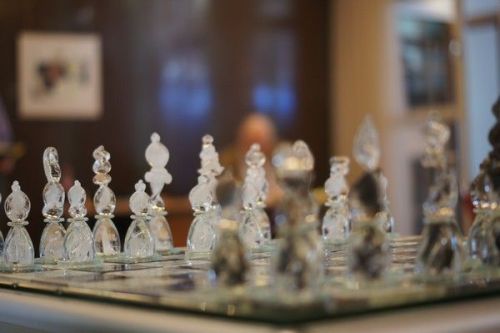 Univé is chief sponsor of the Tournament. Univé is pleased that this event has become one of the most famous international tournaments.