The message is published on the official site of the Russian President.

I sincerely wish you success, creative achievements, and much useful and pleasant time together. I am sure that you will make new friends and have a good time together too, as Olympic city Sochi offers everything for this”.

The 47th final of All-Russian scholastic chess team competition Belaya Ladya takes place in Dagomys, Sochi on June 1-9. For the second year in a row the festival holds international status, as apart from 332 players from 80 regions of Russia, it is attended by foreign teams from China, Latvia, Estonia, Israel, Belarus, Kyrgyzstan, Moldova, Mongolia, and Armenia. 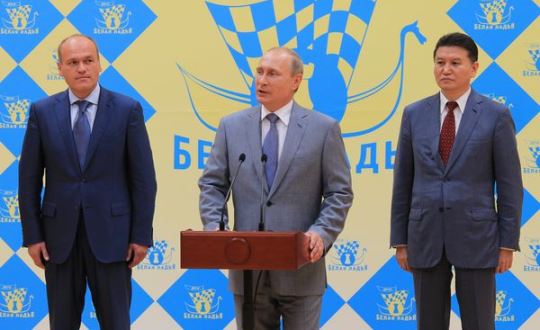