The team championship is a 9 round Swiss event with a time control 1 hour per player plus 10 seconds per move starting from move 1.

Vladimir Putin greeted the young participants, wishing great performances and admitted that chess is “the most intellectual sport”. He emphasized that chess has been part of the Soviet Union education and said that he is happy to see this tradition rising again.

FIDE President Kirsan Ilyumzhinov made a symbolic first move 1.e2-e4, suggested by Putin, in the simultaneous exhibition, given on 73 boards by the 12th World champion Anatoly Karpov.

Andrey Filatov, the president of the Russian Chess Federation, reminded that the “White Rook” is a tournament with a great tradition, reaching a total of 460 000 participants in 1986. 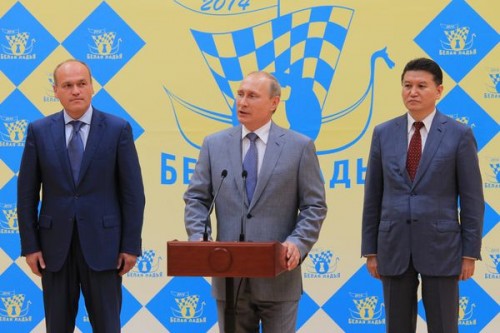 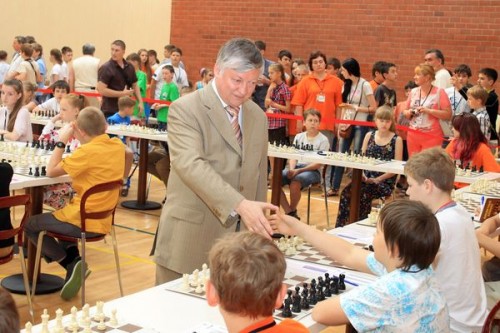 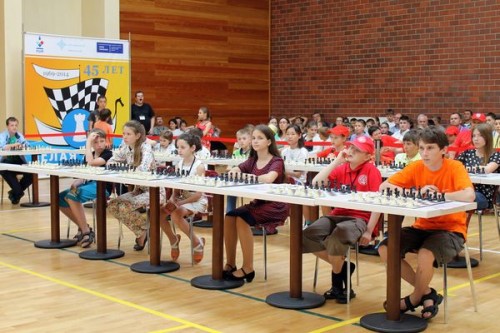 The children are in expectation of the simultaneous exhibition (Photo: Vladimir Barsky)