The young International Master from Belarus Vladislav Kovalev finished first at the 47th edition of the Ilmar Raud Memorial, which took place on July 1st-7th at the Viljandi Sports Center in Vaksali, Estonia.

Kovalev got a score of 7/9 and edged Finnish IM Mikael Agopov on tiebreaks. A group of four grandmasters had to sit behind their lower titled colleagues after getting 6.5/9 points. Lithuanian GM Aloyzas Kveinys claimed third place on tiebreaks.

The champion had an impressive performance of 2651 points, almost 100 points over his rating, thus getting 11 Elo points for the next FIDE list.

The event was played in memorial of the 100th birthday of member of the Estonian team that scored 3rd at the Chess Olympiad in Buenos Aires. 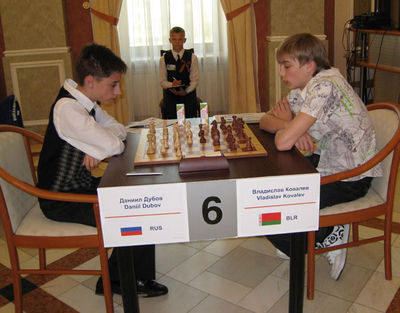