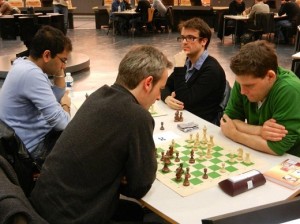 Tkachiev won the final match against Russian GM Vladimir Dobrov with a 1,5-0,5 score.

The qualifiying open on saturday was won by Bacrot, Postny and Gharamian with 7,5/9. The organizers welcomed 210 players. Luxembourger WGM Elvira Berend was the best woman; French IM Mehrshad Sharif, the best veteran; and German Alexander Donchenko, the best junior.

At the round-of-16 there were some surprising eliminations. Etienne Bacrot, German’s Nr.1 Arkadij Naiditsch and Tigran Gharamian lost their matches against lower rated opponents.

The quarterfinals finished with victories by Vachier-Lagrave, Tkachiev, Svetushkin and Dobrov. In the semifinals, French Nr. 1 surprisingly lost against the Russian GM, while Tkachiev beat Svetushkin.

The final match had a very nice decisive game, where the eventual winner got his victory in a nice attacking game. 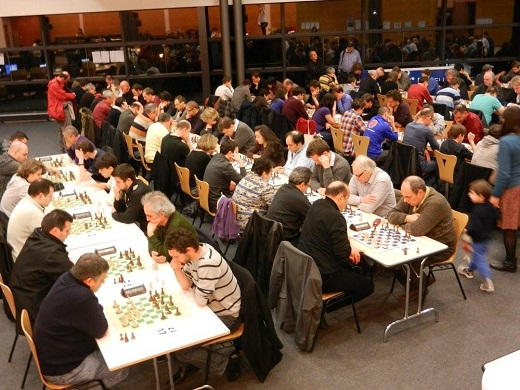