The Chinese Chess Championships for men and women took place from 16th to 27th April 2013 in Xinghua, Jiangsu, China. It was a round robin of 11 rounds with a time control of 90 minutes for the whole game with an addition of 30 seconds per move starting from move one.

The men’s tournament had a clear winner in what otherwise was a very hard fought and very balanced field. Wang Yue arrived as the rating favorite and demonstrated his strength by taking first place 1.5 points ahead of the field, despite the fact that he lost in the last round against Zhao Jun.

Even though Wang Yue was once known for his very drawish style, during this event he proved that he has a big fighting spirit. Out of the 11 games he played, only three were drawn. He won six games and lost both the first and last rounds encounters. 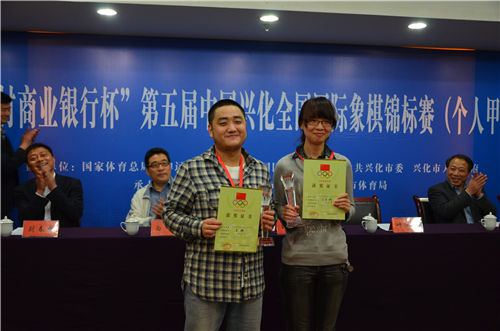 Ma Qun started the tournament strongly, beating the eventual winner, and finished in second place with 7/11 points. The same amount of points were obtained by Doeberl Cup champion Li Chao, who had to settle for third place due to the tiebreak scores.

No less than six players got an even score in the event. The tiebreak criteria awarded the fourth place to ex-women’s world champion Hou Yifan, who decided not to play in the women’s championship. 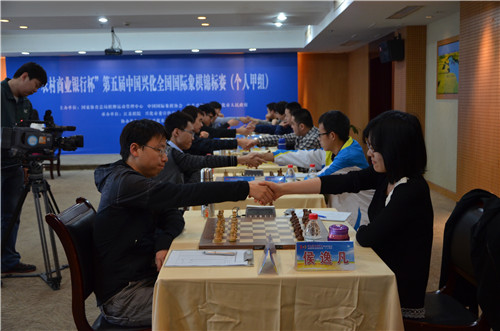 The last round is about to begin

The women’s championship saw a much more unbalanced field. Ding Yixin took clear first place thanks to a 8/11 performance. She left her closest followers half a point behind. Guo Qi finished second on tiebreaks, while Shen Yang arrived third.

With this strong tournament, China has proven that chess is taken seriously in the country and that they will be looking to improve and challenge the European countries’ supremacy in the sport. 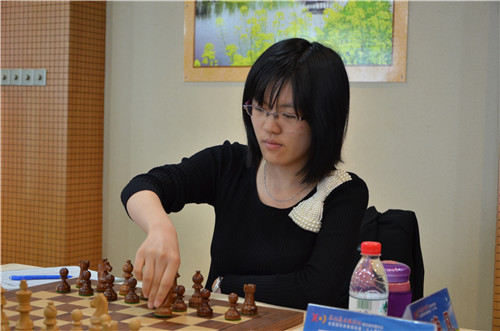