First round of the World Chess Championship in Mexico is scheduled to launch on Thursday, September 13th at 14:00 local time. Besides extensive reports and analysis, we have prepared another pleasant surprise for our visitors. You will be able to follow LIVE games and commentary on our pages! Hosts will be IM Kalin Karakeyahov, IM Miodrag Perunovic, GM Vladimir Dimitrov and few aces still hidden in our sleeves!

IM Miodrag Perunovic, on playing sites better known as TheButcher-Mio, will comment on the first two rounds. Don’t miss it! Schedule for the later rounds will be posted shortly. 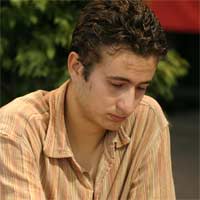 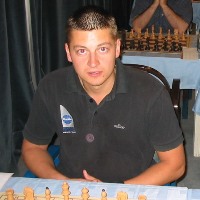 GM Vladimir Dimitrov is famous coach and winner of many international tournaments, including Linares Open. His superb commentary became known to the public during our coverage of the Mtel Masters in May.

IM Kalin Karakehayov is specialized in coaching junior champions. He successfully commented on Valjevo Gorenje and Leon 2007, and will be back in action next Wednesday.

IM Miodrag Perunovic is in great mood after scoring 8.5/9 at the Bosnian Team Championship. He has huge experience from hosting audio commentary on the former WorldChessNetwork and we are looking forward to his debut.

Kalin and Miodrag are leading coaches of the Chessdom Chess Academy, don’t miss your chance to sign for the weekly trial lesson!