The Webster University Geneva campus was host for the first of three prestigious events this summer in the “Chess for Girls” series, where Webster University chess coach Susan Polgar is conducting week-long training capped by tournaments among the world’s top young female chess players.

Polgar was recently named the top chess trainer in the world by the World Chess Federation.

By Friday, visitors to the campus were asked for “quiet” when walking around the Living and Learning Center while players engaged in the two-day tournament that concluded the week. 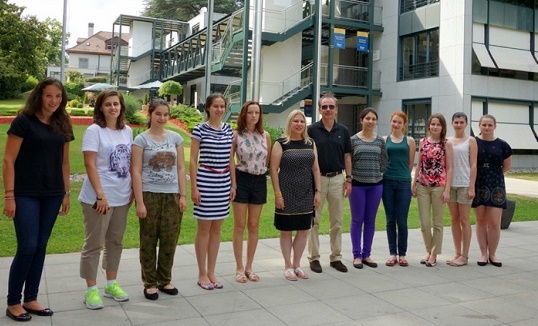 The Commission for Women’s Chess (WOM) of the International Chess Federation (FIDE), in partnership with Webster University, and the Susan Polgar Foundation, were the co-sponsors of this first-ever “Chess for Girls Europe” event.

In addition to visiting and residing at Webster’s campus during the week of training, the 10 chess players were also shown around the city of Geneva.

The world-class initiative aims to promote and further women’s chess and to provide learning and competing opportunities to 10 of Europe’s finest young female chess talents.

Participants aged 14 to 21 arrived from Armenia, Azerbaijan, Belarus, Germany, Hungary, Israel, Poland, Romania, Russia as well as a representative of Switzerland as the host nation. 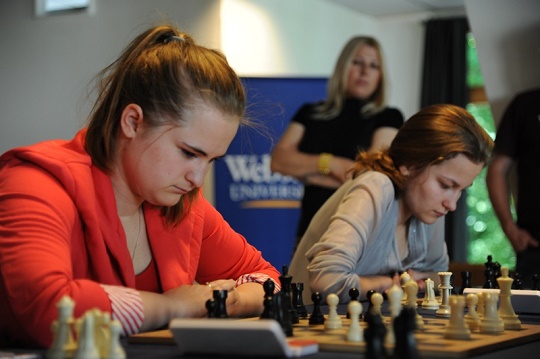 The Geneva event was also attended by the head of the Swiss Chess Federation and featured on TV news. Watch a local news feature by Le Journal on Webster Geneva’s YouTube channel.

During the feature, Polgar was asked about differences between men and women playing chess:
“In reality, there is only good chess and bad chess,” she said. “I’m trying to help them, and share with them my experience, how I broke the gender barrier and became a grandmaster among men. Today there are a couple dozen other women who have achieved this, so I’m trying to inspire them, that they can do it as well.”

Webster University’s Geneva campus (www.webster.ch) opened in 1978 and is the largest Webster campus outside of the United States, with approximately 650 students from 90 countries, studying towards either a bachelor’s or master’s degree.