While many will be spending the last week of December on holiday break, the Webster University chess team will be pursuing another title.

It’s already been a fantastic first year for the chess team, both on individual and team levels. Members of the team have shined representing Webster as well as their own countries throughout the year.

Now they hope to cap this banner year off as the top-ranked college team heading into the 2012 Pan-Am Intercollegiate Championship Dec. 27-30, 2012, at Princeton University. 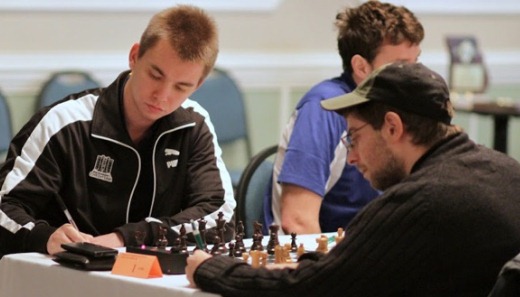 Also known as the “World Series of College Chess,” this tournament will feature more than 30 top college teams vying for the national title. Webster will send three teams to the tourney.

The top four finishing teams from the Pan-Am will qualify for the Final Four, which will take place around the beginning of April 2013 in Washington, D.C.

The first PanAm Intercollegiate Chess Championship took place in New York all the way back in 1946, but Webster University will be the first team in history to enter the World Series of College Chess as the #1 seed in its first year competing in this event.