The American Wesley So keeps alone the leading position 8th Bilbao Masters 2015 after playing, with blacks, against the al Dutch Arish Giri, in the Second Round of the tournament, that will end the following Sunday, after six rounds. In order to keep for himself the first leading position in the classification, the Philippine origin American has used to his advantage the ties with the current champion of the tournament, Viswanathan Anand, playing with whites, against the Chinese champion Liren Ding.

In the double session of the Iberoamerican Individual Championship, while some favourites count their matches by wins, as does the favourite Vallejo and the winners Bruzón and Granda (both, no without great obstacles), others, such as the current champion, Bachmann, and the young Argentinian prodigy Pichot, are starting to trip on their first obstacles in these games.

In the second match of the Final, the current world runner-up, Anand, and the Olympic champion, Ding, have tie after almost two hours into the game. A concerning result for the Indian champion, in the means that even accumulating such ties in the two rounds up to today, he has accomplish them with the advantage of playing with white pieces, an advantage he will not count on tomorrow when plays So. On the contrary, the ties have supposed a great relief to the young Chinese player, who has direct all his efforts in getting there, as after yesterday and his two lost games, the second one being against So, would have made his score-track to set way below the one of his opponents. Furthermore, both matched that Ding has played have been with black pieces, unlike Anand. To this we can conclude that Ding will try to use to his advantage the white pieces he will tomorrow use when playing against Giri, in order to escalate on the classification.

During the morning, as the second round of the Iberoamerican tournament took place, the notorious favourites have been getting past obstacles that the lawful and unleveled match-making have resulted in, and that all of them will face on the board. That is after all how Vallejo, Granda, Bachmann and Bruzón have gotten their second victory. Only the last remaining latinamerican hope, the world champion runner up, argentinian Alan Pichot, stood firmly against the Spanish Rodrigues, making sure to keep the match going on for more than four hours before finally setting the tie.

In the evening, as the third round took place, natural selection (in ELO ranking terms), that the Swedish method implies on competition, had by itself start to set each of the players in their level, and because of that more close matches, although still unbalanced.  However and after all, some of the following results, such as the ties of the current champion Bachmann, playing with blacks, have opposed to this theory and complicated his position in the classification and the following pairing of following direct rivals.

As in previous editions, the two competitions will be streamed live on the Internet through the official website of the event, www.bilbaochess2015.com, and the major international portals of chess, whose joint and cumulative audience last year surpassed ten million viewers around the world. The reviews, conducted by commentators and players Leontxo García and Santiago González de la Torre, can be followed also by the audience at the event, in the area known as the Agora, through which the competitors pass every day, as well as the social and cultural life most important figures of the Basque country. 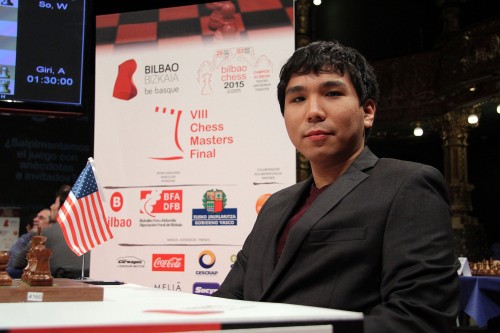 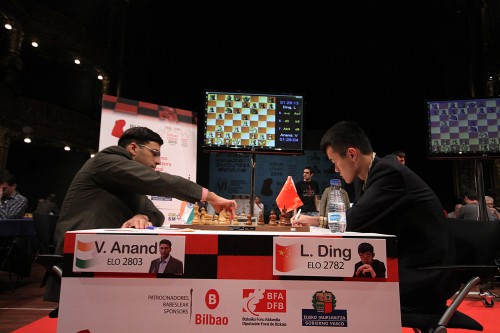 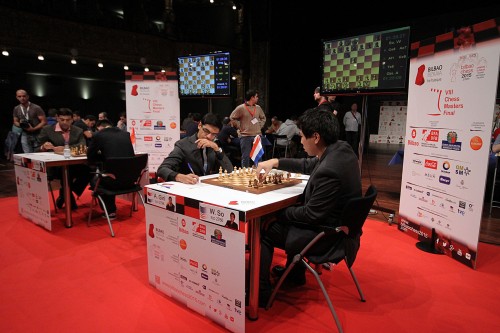 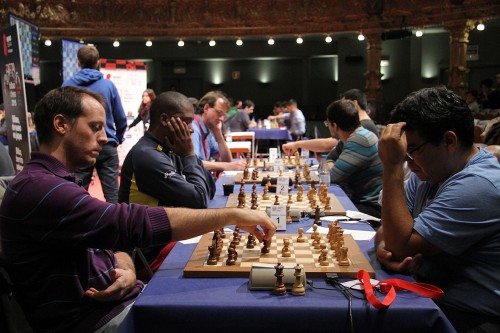