The 49th edition of the Tournament Capablanca in Memoriam 2014 took place from 7th to 18th May, 2014 at the Habana Riviera Hotel in La Havana, Cuba. 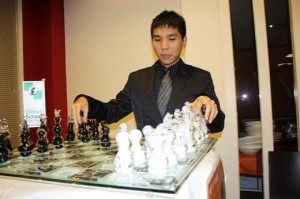 The Elite Group was convincingly won by the debutant in the tournament GM Wesley So (Philippines), who collected 6.5/10 points, leaving the runner-up a full point behind.

The young Filipino prodigy, student at the Webster University in Saint Louis, broke all records after achieving the GM title at the age of 14 years, 1 month and 28 days, thus becoming the 8th youngest GM in history. Besides, Wesley So is the strongest Filipino player ever with current FIDE rating 2731 and peak rating 2738 (February-April 2014).