The 9th edition of the annual Open Women’s Bulgarian Chess Championship “Thracian Princess” took place on 21-25th July 2014 at the County Youth House in Vratsa, a city in northwestern Bulgaria, at the foothills of the Balkan Mountains.

The event was organized by Chess Club “Vratsa” and Bulgarian Chess Federation under the auspices of the Municipality of Vratsa in a 7-round Swiss format with a time control 90′ + 30″.

WGM Adriana Nikolova, member of the Bulgarian Women’s Team for the Tromso Olympiad 2014, emerged a clear winner with 5,5/7 points, leaving the runner-up half a point behind.

This is the second “Thracian princess” title for Nikolova, who was supreme in the 2006-edition of the tournament.

Third place was shared in a four-way tie by WFM Victoria Bukhteeva (Russia), WGM Irina Ionescu (Romania), Stefana Milutinovic (Serbia) and WIM Angela Dragomirescu (Romania) on 4,5 points each, but Bukhteeva prevailed on a better tie-break score and took the bronze. 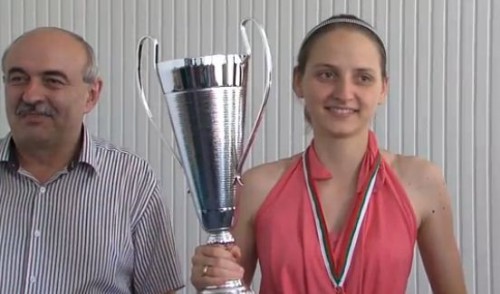