The tournament was organized by the Polish Chess Federation, Chess Club KSz Polonia Wrocław and Lower Silesian Chess Federation in a 10-player female round-robin format with an average Elo rating 2406.

Another Polish player WGM Karina Szczepkowska-Horowska took the second position with 5,5 points after leading throughout the whole tournament.

Third place was shared in a three-way tie by IM Lilit Mkrtchian (Armenia), IM Nastassia Ziaziulkina (Belarus) and GM Monika Socko (Poland) with 5/10 points each, but Mkrtchian prevailed on a better tie-break score and took the bronze. You can see the full standings and enjoy the photo report below. 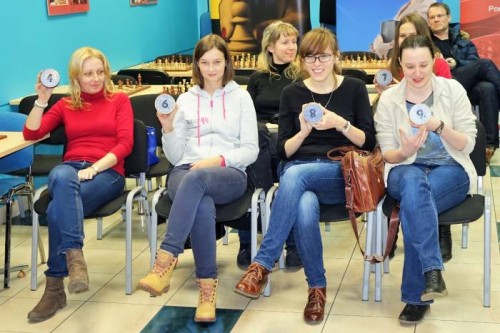 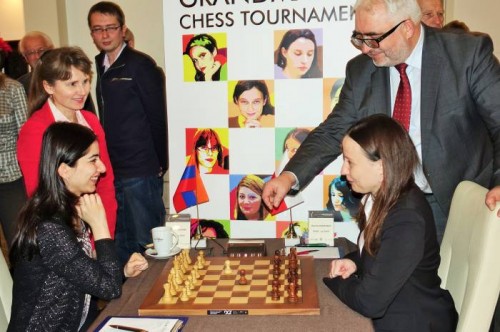 The tournament was inaugurated by Polish dignitaries, who made the first move in the game Lilit Mkrtchian – Jolanta Zawadzka 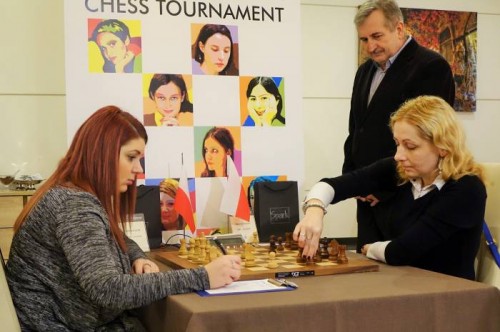 The game Kulon – Socko finished in favor of the tournament winner. However, every player received SPARK jewelries made with Swarovski elements right before the round 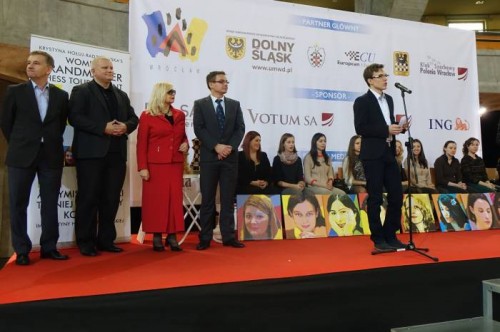 The closing ceremony took place during the 2014 European Rapid & Blitz Chess Championship for men, that was also held in Wroclaw. Polish GM Mateusz Bartel introduced the players and the guests of honor 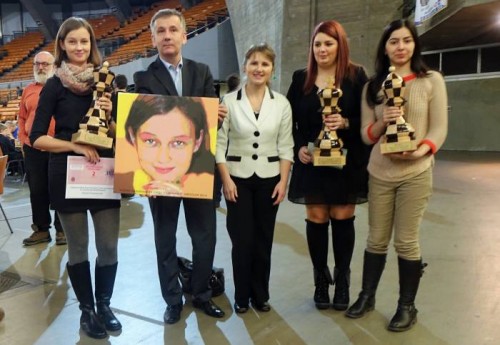 Kulon, Szczepkowska and Mkrtchian took the best three prizes, together with a chess piece trophy 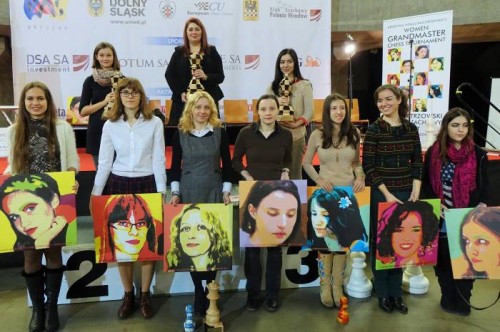 However, every participants was satisfied with the tournament, because of the friendly spirit and excellent organization 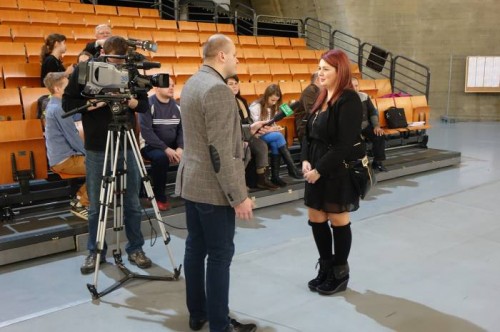 The champion is given an interview… 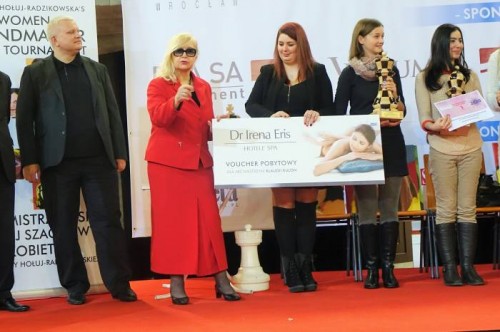