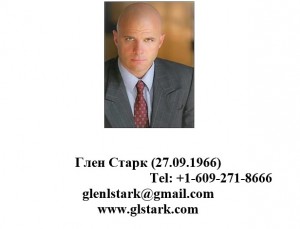 The Glen Stark affair, that went as a sonic boom through the chess world yesterday, provoked interesting reactions and revelations from all around the globe. Yet 24 hours after the publication on Chessdom, the questions remain valid. Is Glen Stark a real person on Kirsan Ilyumzhinov’s ticket? Has any FIDE Organiser or Official ever met this “Glen Stark” character who is supposed to be running for the position of FIDE General Secretary? If he exists, why does he publish a CV containing job positions that organizations deny he has been at? Why Glen Stark uses a generic photo related to fake accounts? Why a good part of his Twitter and Facebook accounts link to automated marketing methods, also relevant to creating fake accounts?

At Chessdom we tried to get in touch with all sides in this story. As responses and reactions continue coming, we will keep updating this article on an hourly basis with new information:

Berik Balgavaev, assistant to Kirsan Ilyumzhinov: Sorry, as FIDE employee I’m not involved in the election campaign (via personal message)

Russian Chess Federation: If (when) we know something on the topic, we will inform you (via personal message)

FIDE: The first working day of the FIDE office, Chessdom received reply from FIDE Executive Director Nigel Freeman answered the questions about the Glen Stark case. He started with, “Please note that FIDE has not yet received any official nominations of Presidental tickets for the forthcoming FIDE Presidential election in Batumi and FIDE does not comment on speculative matters.”

Q: What is the procedure that FIDE uses to identify candidate members
of its Presidential Board? For example, do you require passport copies
from the candidates?

A: Electoral regulations do not require FIDE to check passport copies from the candidates.

Q: Has the Russian Chess Federation, a member of FIDE and country of
candidate president Kirsan Ilyumzhinov, confirmed the real identity
and CV of Mr. Glen Stark?

A: We are not aware whether the Russian Chess Federation has checked this and suggest that you ask the RCF .

Q: If the CV of Mr. Glen Stark is indeed fake, does this bring
penalties from disciplinary bodies such as the FIDE Ethics Commission?

Q: In the letter of Kirsan Ilyumzhinov to RCF, he lists the email
fide_rus@mail.ru as the email of the FIDE Secretariat. Can you please
confirm whether this email is indeed yours?

The email quoted is not the email of the FIDE Secretariat.

FIDE on Twitter: After receiving the answers, a tweet appeared on FIDE’s account with the following text, “FIDE received a CV of a candidate for the position of General Secretary who claims to be a US citizen named Glen Stark and who describes himself, among others, as Vice-President of the US government controlled Office of American Innovation. FIDE is investigating the case.”

On a question, “Since when @FIDE_chess had ever investigated a CV for any candidate? That’s never happened because of the fact that most of the 189 nations proxies were at the hand of the #monk #GameOver”, FIDE replied, “Thank you for your comment. It is the first time ever that chess officials and media have publicly challenged the CV validity (and even existence) of a potential FIDE officer. FIDE has received numerous enquiries for more information.”

Malcolm Pein, journalist, organizer, CEO Chess in Schools: I have a comprehensive dossier that demonstrates that Glen Stark one of Ilyumzhinov’s so called Vice Presidents for his FIDE election ticket does not exist […] Danailov says he exists, he’s a real person, that’s the third person who says they know him. I look forward to meeting him and asking him about his CV and the claims in it. So to be clear will the real Glen Stark please stand up and explain why he published what looks like a fake CV #KirsanFakes #GlenStark (via Twitter)

Theodoros Tsorbatzoglou, Secretary of the European Chess Union Many discussions the last days especially about the candidates for FIDE administration. The most hot – about a candidate that may exist or not, or may have a false identity. While this issue is an important one, what about these candidates that exist by sure, however is questionable why wishing to take part in elections? With the last years experience and by the fact today that the organised crime (not only corruption) operated (2011-2014) in the chess matters abusing and laundering state funds, I have already put the question what are the minimum qualifications to be a candidate. Is it enough if 1,3,5 federations to propose you? No it is not.

Candidates for sports administration should meet some standards. Firstly the electoral committees/boards should receive (confidentially) from candidates their criminal records and if they are under any kind of serious ongoing investigation. if they dont provide the right information they shall be disqualified anytime this revealed.

Secondly they must also send their brief CV which shall be checked also as for the reliability and authenticity. It is crucial also to prove some experience in the sport you want to be elected as director of the Board. In FIFA, a candidate shall prove at least 2 years experience in the last 5 years in football in any position (administrator, trainer, player, director of a club etc.) And this is correct because why a person who may never deal with a sport, never assist any club any player, never has organised a tournament, is motivated to rule an international sports organisation?

In conclusion the problem is much more serious than only to find out if one person exists. We must also ensure that the candidates are relevant to administrate our sport and willing to offer good services. (via Facebook)

Nigel Short, chess Grandmaster It appears that Stark is not Iron Man, but rather Invisible Man #Kirsan #Avengers (via Twitter)

Tarjei Svensen, chess journalist How do I get in touch with [Glen Stark] when there are no responses on listed phone #? Why do all organizations mentioned in his CV deny any knowledge of him? And why does he use a fake photo as profile photo? Would expect some transparency if you want to be General Secretary of FIDE. (via Twitter)

Jefferey Hall, chess enthusiast You cannot make this stuff up, can you?? And they gave a detailed CV so it’s not like some typo or accident (via Twitter)

Patrik Voseen, chess enthusiast That is the craziest thing I have ever seen. Hey, and I am an American dealing with the Trump presidency! LOL. Is there no accountability? Fide can do such much better than this. (Via Twitter)

Michael Freeman, sponsor of the NZ Chess Grand Prix The aliens have returned posing as US citizens? (via Twitter)

Nigel Short, Grandmaster So Kirsan included a “princess”, who is not a princess, and a non-existent man on his election ticket. I am disappointed that he didn’t find room for #Elvis (via Twitter) 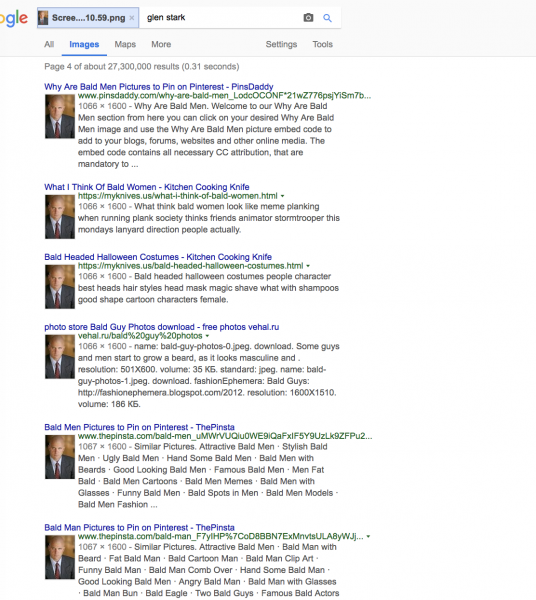