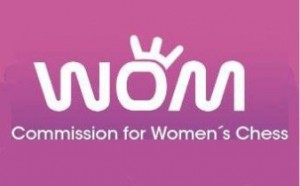 Welcome to the WOM 2014 Australian Women’s Masters! This is the second year that this event has been held and this year promises to be bigger and better than last year’s tournament.

This year there are 12 players (up from 8 last year) and there are international players in 2014, making it possible for players to score Women’s International Master norms if they perform well enough!

The increased field size & foreign players would not have been possible without sponsorship from FIDE and the Commission for Women’s Chess. Additional support for the tournament has been provided by a number of other sources, including the Melbourne Chess Club, the Narenthran family, Charles Zworestine, Jamie Kenmure & Gary Bekker.

There are also a number of families who are hosting visiting players during the tournament. Thank you to everyone who has helped get this tournament off the ground!

Over the weekend, tournament organiser Gary Bekker arranged a weekend away at Boneo, which a number of players and others involved in the tournament took advantage of, having a relaxing weekend before the tournament began.

Apart from the sightseeing, relaxing and other activities over the course of the weekend, FIDE Arbiter Jamie Kenmure also conducted a drawing of lots for the pairings, which can be seen below.

Unfortunately Women’s chess in Australia has been largely forgotten over the last decade. The title of Australian Women’s Champion has not been awarded since 2003, as the requirements for its awarding as part of the the biennial Australian Open have not been met!

The Victorian Women’s Championship was resurrected in 2012, having not been run for a number of years previously. Although the tournament was a success, it has not been run since!

The Dorothy Dibley Shield was an interstate women’s and girls teams event that was started in 1990 and ran until the mid 2000s, but it has also not been run for around a decade!

Although there are still a number of women and girls who play tournament chess on a regular basis, there are very few dedicated events for women.

The biennial FIDE Zonal tournament is one of the few events solely for women that are run with any regularity, however the Zonal is shared amongst countries in Oceania and it has not been held in Australia since 2009.

Thanks to the efforts of Gary Bekker and Jamie Kenmure, 2013 saw the inaugural Australian Women’s Masters held. This was an invitational 8 player round robin, held at Melbourne Chess Club in late January and featured some of the best female players from around Australia. The event was won by Katherine Jarek with an undefeated 6/7 ahead of Alana Chibnall on 5.5/7.

Katherine is now a WIM (having been awarded the title at the 2013 Oceania Zonal in Fiji), but she is mid-field this year by rating and will have a tough time to defend her title from 2013!

Players also have the opportunity to achieve Women’s International Master norms in this event and must perform at 2250 in order to attain a norm.

Bulletins will be produced daily & will contain games, photos & anecdotes from the event.
Various multimedia content will also be produced for the internet coverage of the event.