Saturday night will undoubtedly become one of the most memorable social events of the 10 day Tradewise International Chess Festival when the men and the women of this tournament played a friendly, yet fearsome Battle of the Sexes – a rapid match with a time limit of 10 minutes for all the moves plus an increment of 5 seconds a move.

Ring master, and director of this tournament Stuart Conquest, held the night together in a casual and relaxed manner which has become synonymous with this tournament – in its own unique style which is so much appreciated by those participating. Helping out on the night was Miss Glamour 2013, Tessa Britto, from Gibraltar. 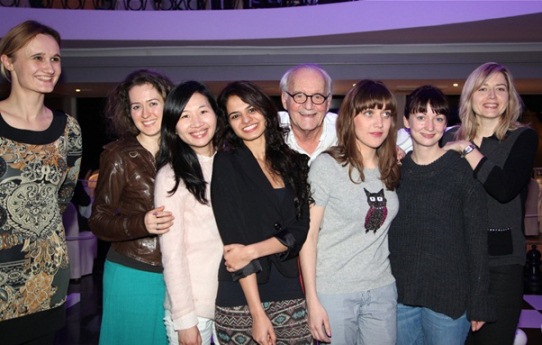 The event was attended by organiser Brian Callaghan who was joined his wife and family as well as many of the sponsors who make the festival possible every year including: James Humphreys from Tradewise, Pepe Canilla from Canillas, Tim Bristow from Gibtelecom, Joe Hernandez from the GSLA and Jorge Leiria from Casais.

Saturday night saw the women outwit the men in the second Battle of the Sexes which has grown substantially from last year. Everyone wanted to play. 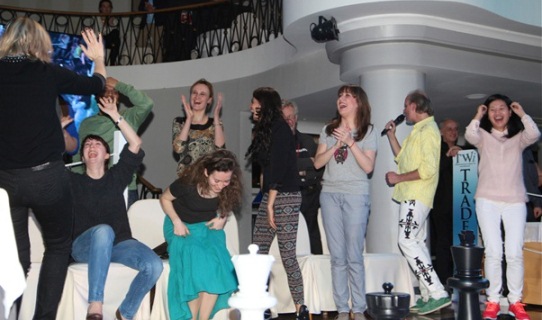 The women overjoyed in winning The Battle of the Sexes

Stuart Conquest said: “It is just fantastic, the way in which everyone participates in these events. This is the kind of thing that makes this tournament so special. I had a great time myself and it was great to see everyone joining in. Next year the event will again be bigger and better. We want to make the battle of the sexes one of the highlights of this tournament.”

At the end of the night the women’s team Captain Victorija Cmilyte, presented a cheque for £1,000 to Tamara Stewart-Wilson, for the Neuroblastoma Society.

We look forward to the third Battle of the Sexes next year!

Women’s team Captain Victorija Cmilyte, presented a cheque for £1,000 to Tamara Stewart-Wilson, for the Neuroblastoma Society